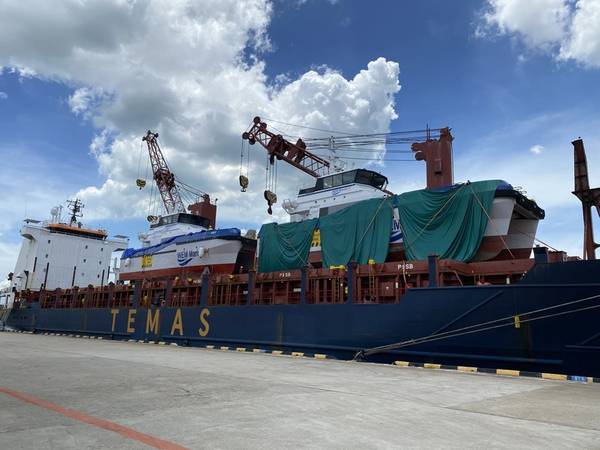 The new 27m vessels, built to the Stratcat 26 design, are the very first CTVs to be launched from Strategic Marine’s new shipyard on Benoi Road in Singapore.

The WEM 5 and WEM 6 crew transfer vessels have been designed to meet the operational requirements of UK and European waters where they will be deployed.

The vessels are powered by two Caterpillar C32 engines driving fixed pitch propellers. When fully operational, 24 technicians and six crew can be accommodated onboard and personnel transfer to the wind turbines is facilitated by a patented active fendering system.

WEM 5 and WEM 6 are sister vessels to two CTVs delivered to WEM Marine in the summer of 2021.

Both vessels recently completed their sea trials with David Ford, Managing Director of WEM Marine joining the crew to put the CTVs through their paces. Both vessels delivered speed exceeding 26 knots.