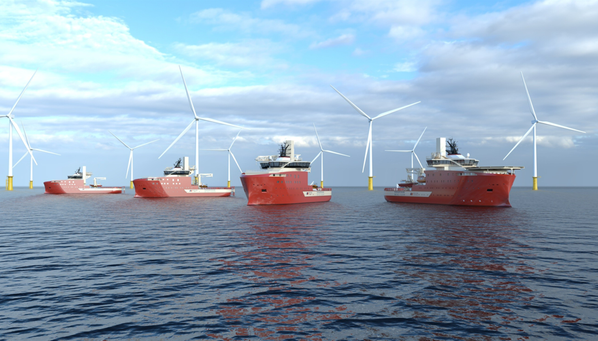 North Star Group said Thursday it had secured a long-term charter worth about £90 million ($118,7 million) to deliver an additional ship for Dogger Bank C to support offshore wind technicians working in the field.

The contract comes a week after SSE Renewables, with partner Equinor, reached financial close on Dogger Bank C, the third phase of what will be the world’s largest offshore wind farm, located in the UK North Sea. The two firms are already building the first two phases of Dogger Bank Wind Farm, off the northeast coast of England which, once all three phases are complete in March 2026, will be the largest in the world.

Total investment in Dogger Bank Wind Farm will be around £9 billion (around £3 billion for phase C including offshore transmission).

As for the North Start Group SOV contract for Dogger Bank C, this will be the fourth SOV and associated daughter craft the company has been contracted to build and operate by Dogger Bank’s joint partners Equinor, SSE Renewables, and Eni this year, making North Star the exclusive service vessel operator for the world’s largest wind farm for at least the next decade.

In March, the firm won the initial contract for Dogger Bank A and Dogger Bank B following a competitive tender for the design and delivery of three SOVs in a deal worth an estimated £270 million.

Each of the four Dogger Bank SOVs has been contracted on a 10-year agreement, with three additional one-year options.

"The £360 million combined value is believed to be one of the world’s most successful offshore renewables related SOV charter deals of 2021, and further consolidates North Star’s position as the UK’s leading offshore infrastructure support services company," North Star Group said.

Around 40 new full-time positions in crewing and onshore-based jobs will be created locally in support of the Dogger Bank C contract, in addition to the 130 announced previously to support the first three SOVs. Recruitment is already underway, the company said.

"North Star’s new SOVs are high performance, sustainable vessels capable of supporting net-zero goals and utilizing fuels of the future. They provide comfortable, floating-hotel style accommodation to offshore wind turbine technicians and a centralized logistics hub to travel to and from work each day across a “walk-to-work” gangway, or transfer via a smaller daughter craft vessel. The SOVs are also configured to handle cargo and act as a warehouse," the company said of its SOVs.

Vard to build SOV in Vietnam

North Star’s vessel design was developed in collaboration with shipbuilder VARD. The ship bound for Dogger Bank C is the third order of a VARD 4 12 SOV, which is 78 meters long with a 19 meters beam and has 60 single cabins. Each vessel has a deadweight capacity of 1,600 tonnes.

The remaining vessel is a VARD 4 19, an 85 meters long vessel with a 19-meter beam, and will be able to accommodate 78 persons in single cabins.

All four SOVs are being built at VARD’s Vung Tau shipyard in Vietnam. Work on the first vessel began in October and the first SOVs are scheduled to arrive at Port of Tyne in summer 2023, with the Dogger Bank C ship due in 2025.

For optimal efficiency, the new hybrid vessel will be equipped with a diesel-electric propulsion system, highly efficient main propellers, and tunnel thrusters with permanent magnet electric motors in combination with SeaQ solutions supplied by Vard Electro in Norway, Vard said in a separate statement.