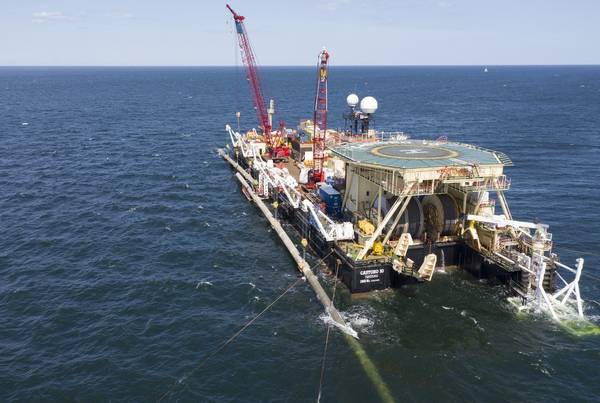 Nord Stream 2 (NS2), the company for building a transport link for Russian gas into Germany under the Baltic Sea, on Friday said a departing top manager had already been replaced, allowing progress of the project.

Earlier, the consortium confirmed a report in German magazine WirtschaftsWoche that Chief Project Officer Henning Kothe had left the company for personal reasons.

"Mr Kothe has been replaced with an experienced employee who has been involved in the project for years and also in NS2's forerunner, Nord Stream 1," a spokesman for the Switzerland-based consortium said.

The name could not yet been unveiled because of procedures regarding entries in company registries, he said.

U.S. senators this month announced a bill expanding sanctions on the project which Washington says will boost Moscow's economic and political influence in Germany and other European countries.

Many politicians and energy companies in Germany and western Europe support Nord Stream 2, as Europe's biggest economy seeks to end using coal and nuclear energy while the region is running out of indigenous gas resources.

Two Russian-owned pipe-laying vessels may finish the remaining 100 miles (160 km) of the project this year or early in 2021, subject to permits, environmental considerations and benign weather, Russia's government has said.

However, Denmark's energy agency still has to take a decision, due within four weeks, on whether the ships can maneuver through its waters.

Separately, the consortium on Friday confirmed that it filed an appeal on June 15 against last month's decision by Germany's energy network regulator to reject a waiver of European Union directives for the NS2 section that runs through German territory on June 15.