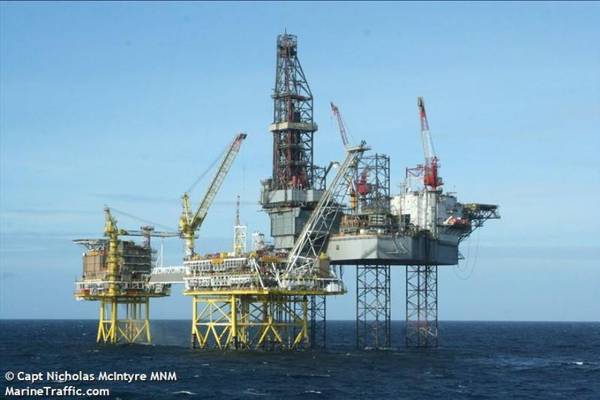 A crane boom reportedly collapsed Friday morning aboard the Valaris 120 jack-up drilling rig in the UK North Sea, luckily causing no harm to the crew.

A rig workers' community page on Facebook called The Rig Worker's Rant released a photo apparently showing the collapsed crane boom aboard the rig working at Chrysaor's J-Area in the North Sea.

A Chrysaor spokesperson confirmed for OEDigital in a phone call that there had indeed been an incident aboard the Valaris 120 early hours of Friday morning, without going into specifics on the nature of the incident, neither denying nor confirming the collapse of the crane boom.

"I can confirm that no personnel was injured on the back of the incident," the spokesperson said.

As a consequence of the incident, the spokesperson said, operations involving the Valaris 120 have been suspended, and there's an investigation into the circumstances of the incident.

The spokesperson also added the oil company was providing support "to its contractor, Valaris, following an incident during operations in the J-Area in the early hours of Friday, February 14, 2020."

OEDigital has reached out to Valaris, seeking more info on the incident. We will update the article if/when we receive a response.