The American Wind Energy Association (AWEA) issued a statement in support of two bills introduced in the U.S. Senate this week, which would both extend the federal Investment Tax Credit (ITC) for offshore wind energy.

The legislation comes at a critical time for offshore wind in America, as energy developers prepare to start construction on the first wave of large-scale projects.

“At this critical moment for a new U.S. energy industry, policy stability is more important than ever. We appreciate and strongly support proposals that would extend the Investment Tax Credit for offshore wind, jumpstarting the projected $70 billion build-out of America's offshore wind infrastructure, delivering large amounts of reliable, homegrown clean energy and tens of thousands of jobs to the U.S. economy,” he added.

"As the developer of what will be one of the largest commercial offshore wind energy projects in the nation, we applaud these congressional leaders for their vision and determination to incentivize this emerging new clean energy sector in the United States," said Riccardo Toto, president of US Wind Inc.

US Wind's Maryland project, expected to be operational during 2023, will involve the installation of up to 32 wind turbines - approximately 17 miles off the coast of Ocean City - that will eventually produce 268 megawatts of offshore wind energy, an amount sufficient to provide 76,000 Maryland homes with clean, renewable energy.

It is anticipated that the US Wind project will result in the creation of approximately 7,000 direct and indirect jobs and represent an in-state investment of nearly $1.5 billion. 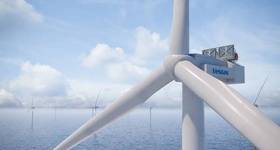 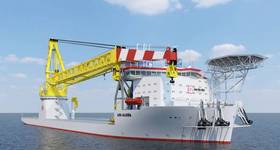