Pemex wants to grow— but needs the technology and resources to do it. Elaine Maslin reports from Offshore Technology Conference.

Mexico has ambitious plans for its offshore exploration and production sector. Carlos Morales Gil, general director of Pemex E&P, told a breakfast crowd at the OTC that the state-run firm plans to build more than 60 offshore platforms, between 2014 and 2028, to boost its production.

In the shorter term, 2013-2017, Pemex wants to maintain oil production at 2.3MMbd-3MMbd and gas at 5.7-6.2MMcfd. To support the planned growth, the country needs resources: human, financial and technological.

Mexico is one of the 10 largest producing countries in the world, Gil says. It is 17th in the world in terms of crude reserves, third among producing companies, and ninth in natural gas production. However, the country has suffered from declining production since 2004, Gil explains.

Production from Cantarell, a super-giant field, plateaued in 2009. Pemex stopped investing in exploration in the 1990s, with the result that reserves have not been replaced.

Exploration restarted in 2004 and Pemex made further moves from 2008-2009, including re-investment in mature fields, to reverse the decline in production.

Now the country is looking to reform the sector in order to promote more foreign investment in exploration and production.

In addition to bringing in new players, Pemex is also looking to diversify its production—exploring and producing in mature areas—but also looking to deep water, unconventionals and heavy oil, Gil says.

Pemex is currently working on 80 projects: 20 in exploration, 29 production- related, and 30 on facilities to produce and transport and distribute oil.

“These projects need three things, which are critical; people, investment and technology. If I have to pick one, people is the most important, because with the right people, the technology will come. This is the critical factor. Resources are also finite and we have limitations like others.”

Gil says where Pemex lacked capability, it would look for integrated contracts and pay for production. The company is looking to develop its own capabilities through work with research institutions in difficult sandstone reservoirs, enhanced oil recovery (EOR) for heavy oil, and deep water.

Pemex currently owns and uses 15 modular rigs, with the rest leased. All of the owned modular rigs are over 25 years old and will need to be replaced in the next few years.

GIl says the four most important projects currently being worked on were Tsimin-Xux in the Bay of Campeche (gas and condensate reservoirs due to be subject to about 48 wells and nine platforms); Ayatsil-Tekel and Pit-Baksha (“extra heavy oil” with 30 wells and five platforms), also in the Bay of Campeche; and Lakach, Pemex’s first Gulf of Mexico deepwater development, a subsea tieback to shore facilities and likely to be a hub development.

“Some of these fields are in the first quartile in size in the Gulf of Mexico,” says Gil. “We are aiming to incorporate more than 400,000 b/d from these resources.”

Other deepwater discoveries were outlined as Piklis and Nen in 2011, Trion, Supremus, and Kunah in 2012. Since the conference, Pemex has made an ultra-deepwater oil discovery at Maximino, with tests ongoing, and it is due to drill PEP 1 in 9580ft water depth.

In order to bring other players into the region, Pemex is planning several leasing rounds.

Bidding for Chicontepec onshore is underway, says Gil. Later this year, there will be a round focusing on mature fields. Heavy oil offshore, at Kayab and Pit, will be the next focus in late 2013 to early 2014.

Farther out, Pemex will offer licenses to produce natural gas in the Burgos basin and shallow Veracruz basin, followed by yet-to-be-defined deepwater areas in 2014, and then shale. OE 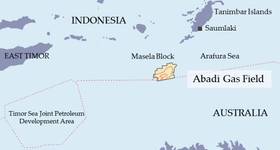