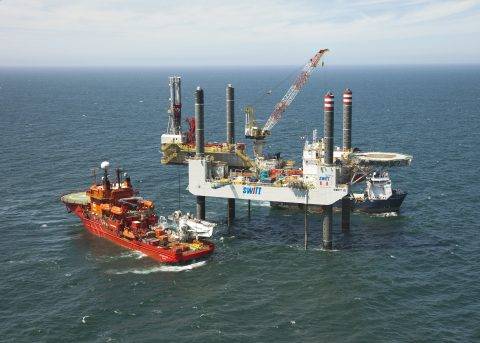 Swift Drilling has recently secured a long-term contract by Wintershall Noordzee, for the use of the jack-up rig Swift 10 for a plug and abandonment campaign in the Dutch and German sections of the North Sea.

The contract is expected to start this summer with a potential duration of 3 to 4 years, Swift said.

Swift Drilling said that the Swift 10 rig would, in the coming period, be revitalized and will be restarted after its original 5-year LTI free campaign for Shell/Nam.

"We’re extremely happy to revive the Swift 10 for Wintershall Noordzee. Together we share the ambition to create a long-term cooperation to P&A wells safe, efficient, and economical as one team," says Erwin Lammertink CEO of the Van Es Holding, a company of which Swift Drilling B.V. is a part.

The Swift 10 is a 300ft Gusto MSC SEA-2750 drilling rig, delivered in 2011. It is currently located in Rotterdam where it is getting ready for her P&A campaign.