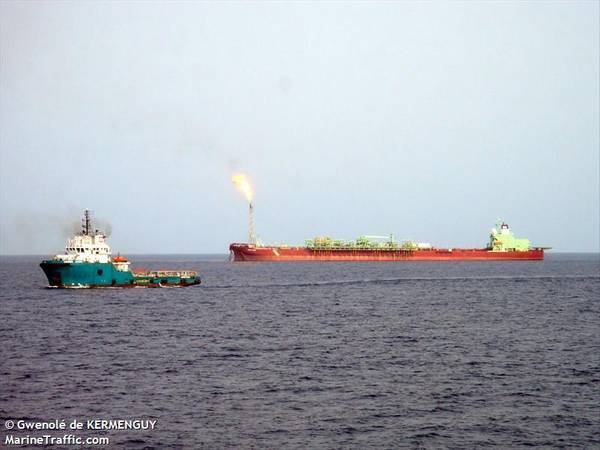 The article has been updated to include a statement by BW Offshore who confirmed the attack on its FPSO and the kidnapping of several crew members.

"Reporting indicates that the FPSO SENDJE BERGE has been attacked by unknown armed men. Further reports indicate that up to 11 personnel may have been kidnapped from the vessel," Dryad said.

BW Offshore then released a statement confirming the attack had indeed happened and that nine crew members were kidnapped, and not 11 as initially thought.

The company said: "On 2 July 2020, at approximately 4:20 am local time, BW Offshore's FPSO Sendje Berge was subject to an attack by pirates offshore Nigeria in which nine Nigerian nationals were kidnapped."

"The incident onboard the FPSO has ended and none of those remaining onboard have suffered physical injuries. BW Offshore is cooperating with local authorities, represented on site by the Nigerian Navy...BW Offshore expects to provide further updates as more information becomes available."

Before the confirmation by BW Offshore, Dryad Global said it was assessed that the attack was unique within the wider realm of offshore incidents within West Africa.

"Both the manner of attack and target are beyond the usual targeting and attack methodology of pirate action groups within Nigeria. Reports indicated that explosives were used during the attack. Whilst unable to be verified, the use of such weapons (particularly grenades and RPG’s) has thus far not been seen in wider piracy reporting in West Africa," Dryad said.

"The kidnap of foreign personnel by groups involved in militancy is not unusual for the Niger Delta however is less common in the offshore domain. It remains highly likely that personnel will be held for ransom however if confirmed as an act of militancy negotiations are likely to also focus on political concessions tied into both the release of personnel and cessation of activity," Dryad said.

"This latest attack, if confirmed [now officially confirmed] brings the total number of kidnapped personal in maritime incidents within West Africa to 74 in 2020. Kidnap reporting within 2020 is currently tracking at 51% higher than that of 2019 across the same time period," the company said.

Another maritime security consultancy said the FPSO was attacked by two speedboats, with one speedboat directing its attention towards the nearby security escort vessel while the second speedboat focused on the FPSO. The pirates reportedly gained access to the FPSO with the use of a ladder.