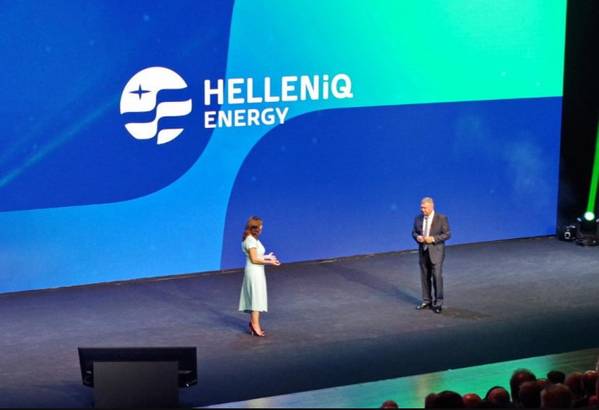 Helleniq Energy will start a process to acquire more advanced data for potential gas reserves in two offshore blocks in the Ionian Sea in the coming weeks, its top executive said on Thursday.

The company has concluded an accelerated 2D seismic campaign for the blocks in the Ionian Sea and was still waiting for the final interpretation, Chief Executive Andreas Shiamishis told an analysts conference.

"But we have enough evidence to convince us to move into the 3D phase which will start in the next few weeks," he said, after Helleniq reported a leap in third-quarter profit thanks to robust refining margins and exports.

As part of its push to diversify its business and reach a solar and wind energy capacity of 1 gigawatt by 2026, Helleniq also said it was "in advanced negotiations" to acquire green energy projects via new acquisitions in Greece and abroad.

Excluding oil inventory holdings, net profit came in at 381 million euros ($387 million) in the third quarter, up from 33 million euros in the same period last year. Following the sale of a Greek asset, Helleniq has distributed a dividend of 0.40 euros a share.

It will pay an additional interim dividend of 0.25 euros per share based on nine-month financial performance, it said.