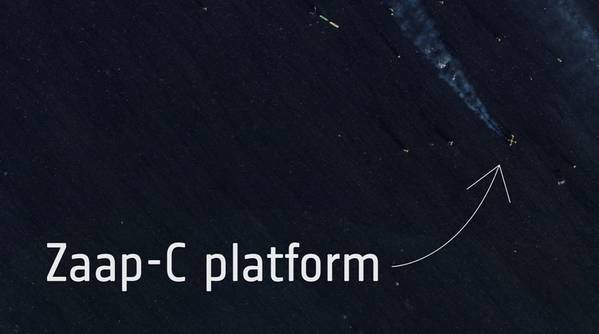 Mexico's environmental regulator has no records of state oil company Pemex reporting a methane leak last December at the country's top oil field, according to the regulator's response to a freedom of information request filed by Reuters.

"There are no records" of "a possible incident at the asset Ku-Maloob-Zaap in December 2021," regulator ASEA said in its Aug. 15 response to the Reuters request.

Pemex is obliged to report such incidents under Mexican law, said nine experts consulted by Reuters, all current or former officials at regulators or the energy ministry.

It is a legal requirement for companies to report such incidents within ten days, these individuals added.

Reuters could not independently establish if Pemex informed the authorities.

Pemex did not respond to requests for comment on the regulator's disclosures.

ASEA also did not respond to requests for comment on the possible legal breach and its consequences.

The methane leak at the Zaap-C platform, which first appeared on Dec. 8, was uncovered by researchers led by Itziar Irakulis Loitxate from the Polytechnic University of Valencia.

Their research, published in June by the European Space Agency (ESA), showed Pemex released about 40,000 tons of methane - a potent greenhouse gas - over 17 days in December.

The Zaap-C platform is part of the Ku-Maloob-Zaap cluster of oil fields, which produce some 40% of the country's total oil output.

Pemex in September confirmed a leak in a statement that made reference to the scientists' study, but disputed the volume they had calculated. The company did not specify when the event occurred. 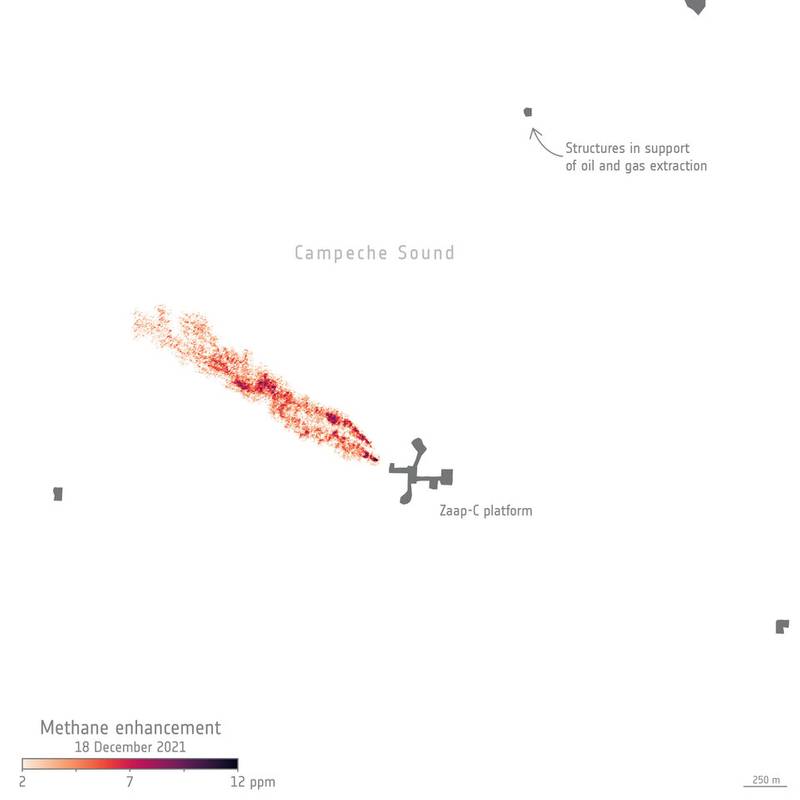 In June, Reuters requested records of all incidents since the creation of the regulator in 2015 reported by Pemex anywhere in the country deemed a risk to workers, public health and safety, the environment, oil and gas installations, or production.

Reuters, as part of the same request, also specifically sought records pertaining to the Ku-Maloob-Zaap incident in December.

The methane leak from the Zaap-C platform was not among the 5,235 incidents ASEA disclosed to Reuters in its response.

Pemex, the world's most indebted oil company, has acknowledged in public statements the challenges it faces in maintaining and repairing ailing infrastructure.

Last year, the company confirmed two accidents at Ku-Maloob-Zaap that it attributed to failures in its gas infrastructure. In one accident, five workers were killed and six injured.

Last month, after Reuters had filed its information request about the December leak, Loitxate shared new data with Reuters that showed another methane leak of a similar magnitude earlier in August at the same platform.

Pemex has not commented on this leak, which satellites first detected on Aug. 5.

Invisible and odorless, methane is considered a much more potent driver of global warming in the short-term than carbon dioxide because it traps more heat in the atmosphere.

Mexico, along with around 100 other countries, has committed to reducing methane emissions by 30% by 2030. 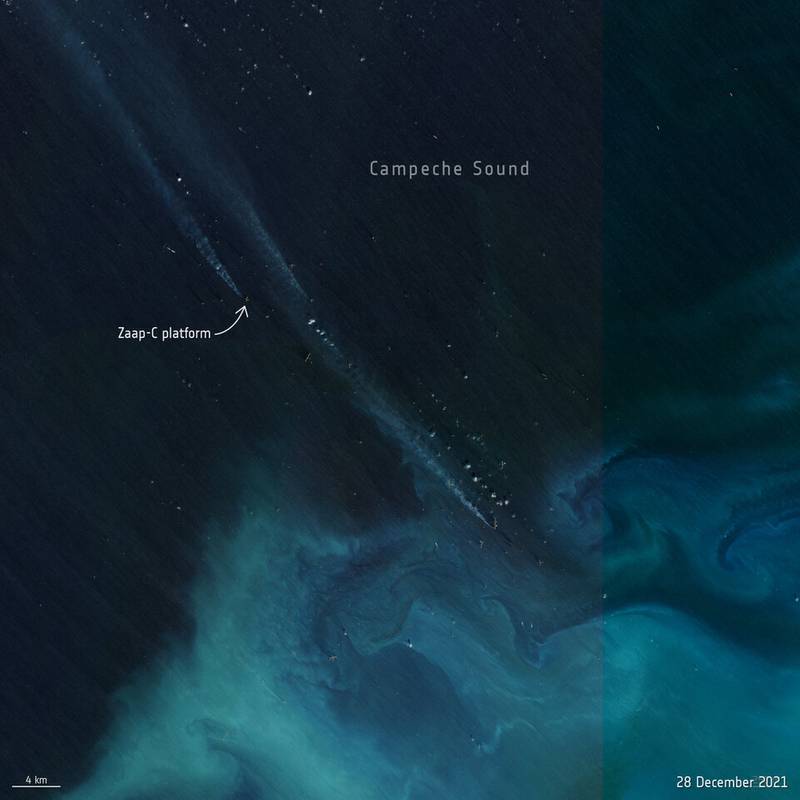 Credit: ESA - Contains modified Copernicus Sentinel data (2021), processed by ESA, CC BY-SA 3.0 IGO - The image has been cropped. https://creativecommons.org/licenses/by-sa/3.0/igo/The experts interviewed by Reuters said not reporting the leak - even if the smaller volume of 2,224 tons Pemex said was released - would be a breach of the law because of the risks such incidents pose.

"An event of this scale clearly would have met the criteria (of needing to be reported)," said Sergio Pimentel, a lawyer and former senior official at Mexico's hydrocarbon and energy regulators.

Additional provisions to the law, passed in 2018, also set out differing timeframes under which methane leaks need to be repaired depending on their size - varying from 24 hours to several days.

A source at the energy ministry and another at Pemex said the company could try to argue the incident did not need to be reported under the original operating contract for the aged oil field cluster - discovered in 1979.

At that time, the harmful effects of greenhouse gases like methane were not widely accepted. Reuters was unable to contact Pemex's lawyers directly.

The experts interviewed by Reuters said that if Pemex is found to have knowingly not reported or repaired a methane leak, it could face a fine and individuals found responsible for wrongdoing could go to prison.

Pemex, they said, could also be stripped of the right to operate the cluster of oil fields, which produced 647,388 barrels of crude oil per day on average in the first half of this year.