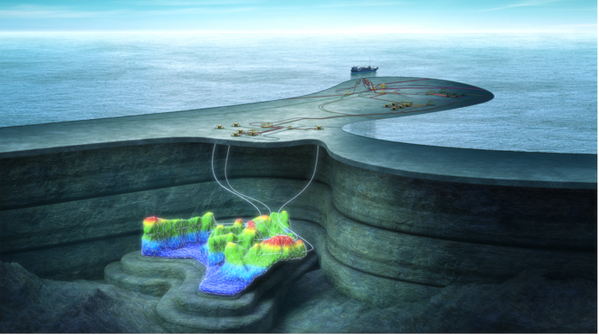 The Norwegian Ministry of Petroleum has approved Aker BP's plan for the development and operation of the Frosk field in the Alvheim area, in the North Sea, offshore Norway.

The Frosk field, discovered in 2019, is located around 25 kilometers southwest of the Alvheim FPSO. It will be tied back to the FPSO via the existing Bøyla and Alvheim subsea infrastructure.

According to Aker BP, total investments in the project are estimated at around NOK 2 billion (around $197 million).

Recoverable reserves in Frog are estimated at around 10 million barrels of oil equivalent. Two new production wells will be drilled, too.

Production from the Frosk field is expected to start in the first quarter of 2023, 18 months after the PDO submission.

Aker BP (operator) and license partners Vår Energi AS and Lundin Energy Norway AS submitted the PDO to the Norwegian authorities in September 2021.