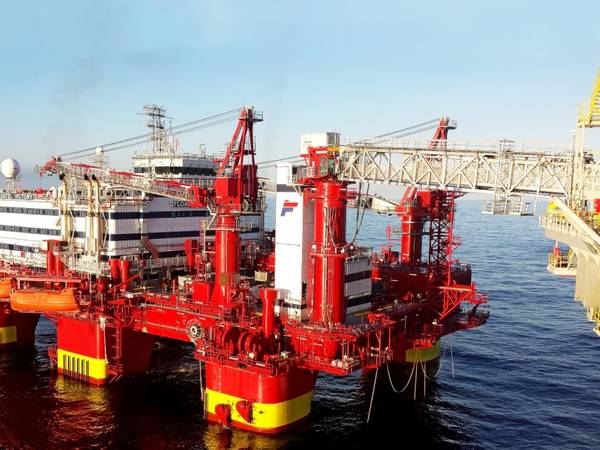 Oslo-listed offshore accommodation rig provider Floatel International has won a contract extension for one of its units with Equinor in Brazil.

Also, Floatel Victory is the nominated vessel for the contract with Chevron to provide offshore accommodation services at the Anchor Field Development in the U.S. Gulf of Mexico, which is expected to start mid-Q2-2023.

Built in 2013, the 123 meters long, 79 meters wide, Floatel Victory is a semi-submersible accommodation and construction support vessel which can accommodate 560 people in one and two-bed cabins.

The Floatel Victory features a 38-meter gangway for client personnel to transfer between the floatel and the host installation. The gangway features a telescopic capability of +/- 7.5 m allowing the vessel to remain connected in severe weather.

According to the specs sheet found on Floatel's website, all the company's rigs have modern, soundproof cabins equipped with an entertainment system, TV, and internet access. Cabins come as single or combined, all with private bathrooms. The rigs also have gyms and saunas.