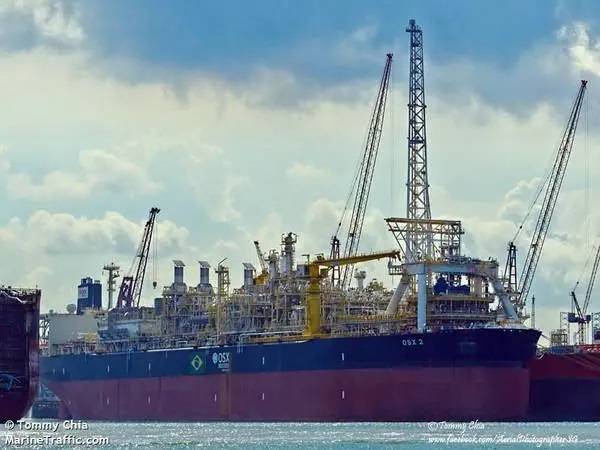 UAE-based shipbuilder Drydocks World has signed a contract with Malaysian FPSO specialist Yinson to upgrade, refurbish, and convert a floating production storage and offloading (FPSO) vessel, which is planned to be deployed at Enauta's Atlanta field offshore Brazil.

The contract covers conversion and life extension services, as well as refurbishment for the FPSO Atlanta at Drydocks World-Dubai.

The upgraded FPSO will be delivered in the third quarter of 2023 to Brazilian independent oil and gas company Enauta at the Atlanta offshore field in the Santos Basin.

"FPSO vessels are vital to offshore oil operations, receiving crude oil and other liquids from subsea reservoirs and separating it into natural gas and oil with processing facilities onboard. The FPSO project with Drydocks World will be fully operational by 2024 and support Yinson Production’s goal of producing up to 50,000 barrels of oil per day from the field," Drydocks said.

Capt. Rado Antolovic PhD, CEO of Drydocks World said: "Signing a contract for this prestigious project reflects our proven technical capabilities and track record. Our expertise in refurbishment, conversion and upgrading FPSO vessels allows us to support Yinson Production in its commitment to improving global access to stable energy sources. We are pleased to enter a new partnership with Yinson and pave the way for a long-term business relationship.” 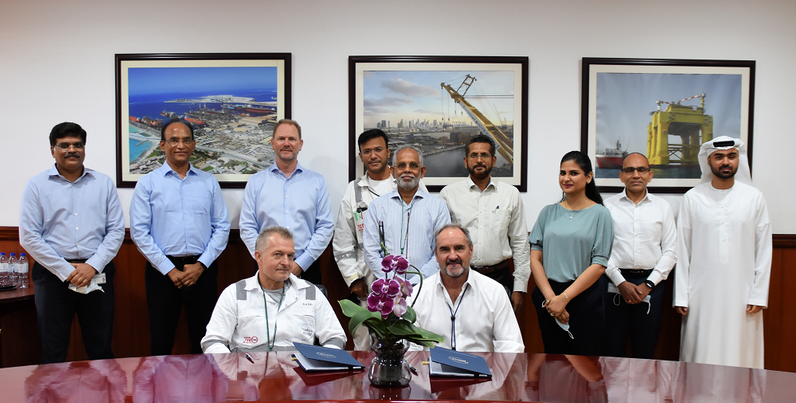 David Hamilton, Project Manager, Yinson Production, said: "The competitive bidding process for this project was rigorous. Selecting Drydocks World outlines the importance of finding a partner with capabilities in upgrading and enhancing FPSO vessels. We look forward to delivering the Atlanta FPSO to Enauta in 2023 and reaffirming our commitment to making energy stable and affordable across the world.”

The technical scope of work for the 18-month project at the Drydocks World-Dubai shipyard includes production engineering, procurement of bulk material, construction as well as support for onshore commissioning.

Additionally, the redeployment scope of the project includes steel renewal, piping refurbishment, tank coating, refurbishment of equipment, and the upgrade of an FPSO for operation at the Atlanta field in the Santos basin, Brazil. This includes life extension and installation of new equipment in order to utilize 100% of produced gas and minimizing greenhouse gas emissions.

Enauta in February completed the acquisition of the FPSO OSX-2 for the Definitive System of the Atlanta Field in Brazil for $80 million.

Enauta has been producing oil from the Atlanta field using the  Petrojarl I FPSO as the Early Production System and plans to deploy the FPSO OSX-2 as the "Definite Production System" at the field in 2024.

In December 2021, Enauta issued Yinson an LOI for the adaptation of FPSO OSX-2 by Yinson through a turnkey engineering, procurement, construction, and installation contract (“EPCI”), with warranty and Operation and Maintenance (“O&M”) for 24 months.

It was said at the time that the FPSO acquisition and adaptation cost would be at around  $500 million, and that Yinson would, before the startup of production from the FPSO, have the option to purchase the unit linked to financing. If the option is exercised, it will be linked to charter, operation, and maintenance contracts for a period of 15 years, which may be extended for another five years, totaling US$2.0 billion for the 20 years.

Enauta also recently agreed to extend the contract for the Petrojarl I FPSO which has serves as an early production system at the Atlanta field since 2018.