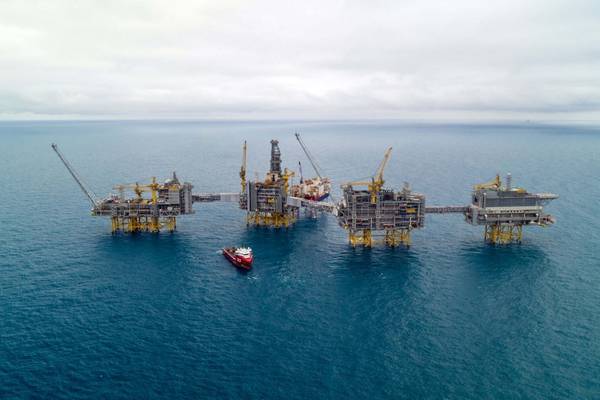 Swedish company Lundin Energy, which will exit the oil and gas business next month with the sale of oil and gas assets to Norway's Aker BP,  is set to change its name to Orrön Energy AB.

Lundin Energy, which under the name Lundin Petroleum discovered the giant Johan Sverdrup oil and gas field offshore Norway in 2010, said the proposed change of name to Orrön Energy AB would mark its transition to renewables with the completion of the sale of its oil and gas business to Aker BP set for the end of next month. The name change is subject to shareholder approval at the EGM to be held on June 16.

"The name change marks the beginning of a new era for the company, as it transforms into a renewable energy-focused business. Orrön Energy will start trading as a debt-free business with three high-quality, low-cost renewables assets in the Nordics, and is positioned for growth," the company said.

Lundin Energy said that the business would retain certain key members of Lundin Energy’s current board and management team, "with knowledge of the asset base within renewables and a proven track record of building companies which have delivered significant value for shareholders over many years."

The name change is proposed to take effect from July 1, 2022, following the completion of the transaction to combine Lundin Energy’s oil and gas assets with Aker BP, anticipated on June 30, 2022.

Daniel Fitzgerald, proposed CEO of Orrön Energy said:"The proposed name change to Orrön Energy marks the start of a new era for the company, reflecting our renewable focus, our Nordic roots, and the entrepreneurial spirit of the Lundin Group of Companies. I am excited about the future, as we are convinced that Orrön Energy is uniquely positioned to create value for our shareholders through the energy transition.”

To remind, Norwegian oil and gas company Aker BP said in December 2021, that it would acquire Lundin Energy's oil and gas business, through a statutory merger, creating the second-largest oil and gas producer on the Norwegian Continental shelf.

The transaction values the acquired assets at approximately NOK 125 billion ($13,9 billion at the time of the announcement).