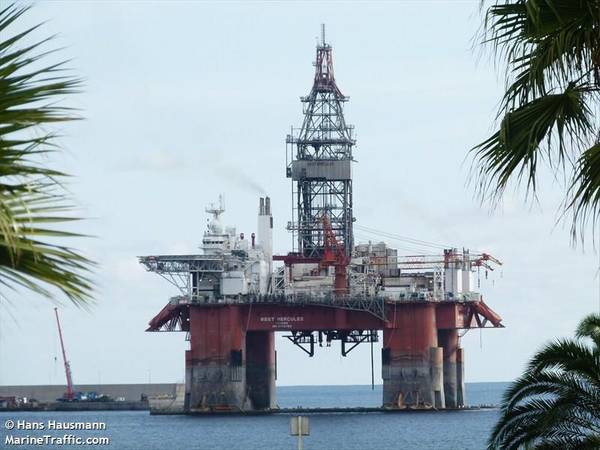 "The agreement is based on terms and conditions customary for this type of agreements," Odfjell Drilling said.

"Odfjell Drilling is privileged to once again be chosen for our strong operational track record and marketing excellence in securing work. We further
view the cooperation with SFL as strategically important," the company said.

The rig is currently on a contract with Equinor Canada until October 2022. After completing the contract, the West Hercules will return to Norway to complete a five-yearly special periodic survey (“SPS”).

Worth noting, in its annual report for 2021, released on April 29, Seadrill said it had negotiated with SFL amendments to the leases of West Hercules and West Linus in August 2021 and February 2022.

"The amended leases for West Hercules and West Linus are short-term, and we expect to deliver both rigs back to SFL in 2022. In addition to reducing the lease terms, the lease amendments extinguished Seadrill’s obligations to purchase the units at the end of the leases," Seadrill said last month. At the time of the announcement of the deal between Odfjell Drilling and SFL for the West Linus jack-up rig, Odfjell said that it expected to take over the rig no later than October 1, 2022.

Also, in December 2021, Odfjell Drilling struck a deal with Northern Ocean, the billionaire John Fredriksen-owned harsh-environment offshore rig owner, to take over the management and marketing of its two semi-subs, West Mira and West Bollsta, recently renamed Deepsea Mira and Deepsea Bollsta, respectively. The rigs were at the time managed by Seadrill, too.