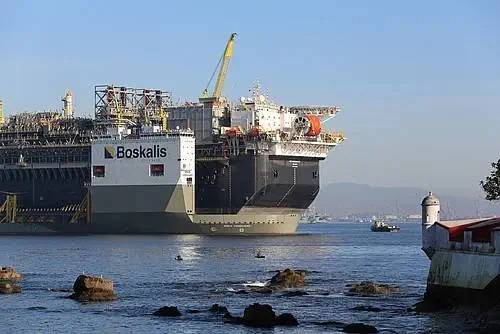 Dutch dredging and marine services firm Boskalis raised its full-year core profit forecast on Thursday, pointing to a well-filled order book and favorable market outlook in the short and medium-term.

Boskalis, which also offers services and contracting for the oil and gas sector and offshore wind industry, now expects its 2022 earnings before interest, tax, depreciation and amortisation (EBITDA) to exceed the 462 million euros ($482.33 million) posted in 2021, against a previous estimate of matching it.

"The market outlook appears favorable for the short and medium term, although unforeseen developments such as those resulting from the geopolitical situation in Eastern Europe could affect this," the company said in a statement.

Moscow's invasion of Ukraine has prompted Europe to reduce its reliance on Russian gas and turn to other energy sources, providing an opportunity for firms that assist in operating liquefied natural gas (LNG) terminals and tankers, such as Boskalis.

Boskalis suspended its activities in Russia in March and said it would not be taking new orders in the country. Read full story

The firm said on Thursday it was indefinitely suspending the share buyback program announced during its annual results, due to Dutch investor Hal Trust's stated intention to buy the company.

Hal, which already owns 46.2% of Boskalis, in March said it would launch a bid to buy the company in a deal that would value it at 4.2 billion euros. Read full story