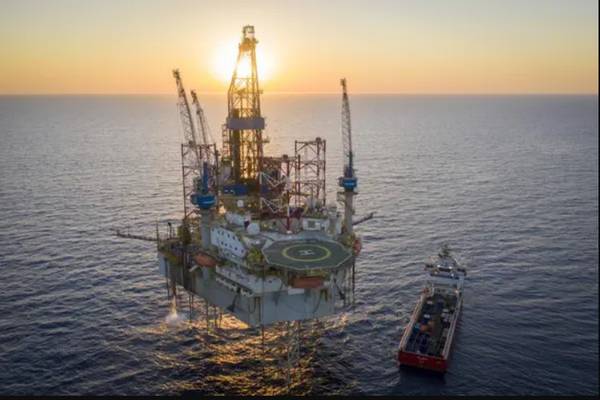 Carnarvon Energy, Santos' partner in the license WA-437-P, containing the Apus-1 well, said that Tuesday the the well had reached a final total depth of around 2900 meters. The water depth at the Apus-1 drill site is approximately 84 meters and the well was drilled using the Noble Tom Prosser jack-up drilling rig.

"Excellent quality reservoirs in the Caley and Milne Members were intersected as prognosed. The interpretation from the logging while drilling and mud logging equipment is that, while hydrocarbons were observed in the well, a commercial hydrocarbon pool has not been discovered,“ Carnarvon said.

"Hydrocarbon charge and seal were recognised as key risks for the Apus-1 well pre-drill. The early interpretation of the drilling results indicates there is evidence of hydrocarbons migrating to the Apus location; however, they may not have migrated in sufficient quantity for a commercial hydrocarbon pool to form, or sufficient hydrocarbons were not able to be retained within the closure that was drilled,“ Carnarvon said. 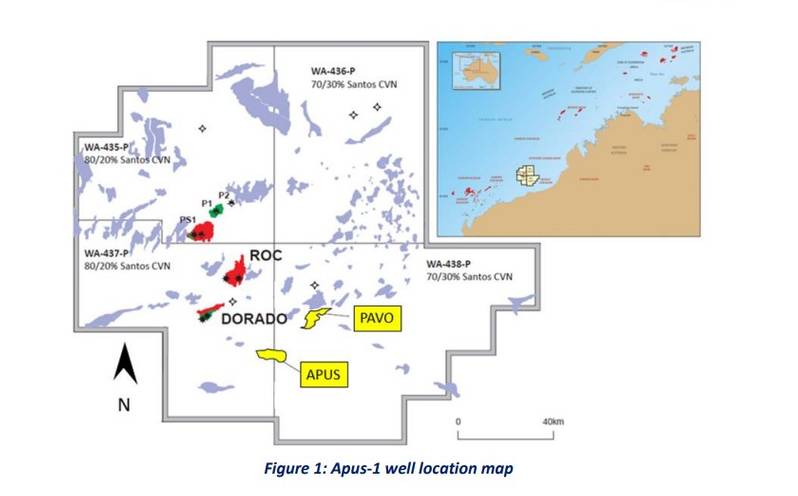 Carnarvon previously said that in a success case Apus would have been a potential tie-back candidate for the Dorado production facilities.

However, in a statement on Tuesday, the company said that Apus Island was surrounded by shale-filled channels „which isolates it from the Dorado and Pavo discoveries.“

"Wireline formation evaluation tools are being run to gain information to support further exploration in the Bedout Sub-basin, after which the well will be left in a safe condition," Carnarvon said.

Carnarvon Managing Director and CEO, Adrian Cook, said: “Collectively, the Pavo-1 and Apus-1 results open up the potential of the Bedout Sub-basin by proving the existence of hydrocarbons and high-quality reservoirs a considerable distance east and southeast from the Dorado and Roc fields.

"At this time, we remain highly confident of discovering additional resources in and around our two main fields and further across the Bedout Sub-basin and plan to provide further information on these opportunities in due course.

"Our exploration endeavors in the Bedout Sub-basin have delivered us two large and important assets in terms of the Dorado oil, gas, and condensate field, and the more recent Pavo oil field. In addition to maturing our future exploration plans, the development and production of the Dorado and Pavo resources will be a core focus for Carnarvon with the Dorado Phase 1 liquids development on track for a final investment decision (FID) this year.”

The Dorado is one of the largest offshore oil discoveries on Australia's North Western Shelf, and Santos is working to develop it using an FPSO and a wellhead platform.