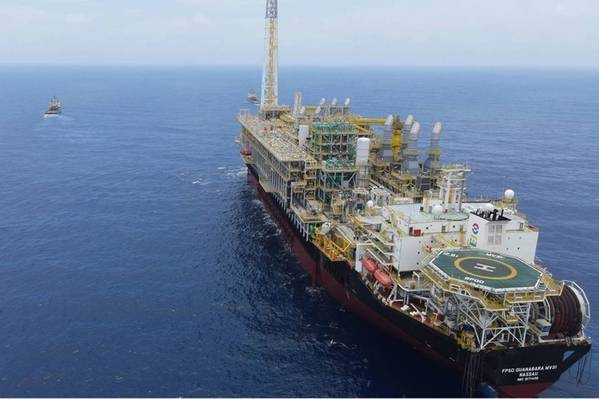 The Guanabara FPSO has arrived at the Mero field in the Santos Basin, offshore Brazil, the Brazilian state-run oil company Petrobras has informed.

The FPSO, also known as Mero 1, will be the first 'definitive' oil production system at the Mero field, the third largest pre-salt field behind Búzios and Tupi.

MODEC is responsible for the engineering, procurement, construction, mobilization, installation and operation of the FPSO, including topsides processing equipment as well as hull and marine systems. Modec will operate the FPSO at the field for 22 years.

The unit will be connected to the wells and subsea equipment, and final tests will be conducted in the coming months before production begins in the first half of this year.

The FPSO Guanabara was converted and integrated at the DSIC shipyard, in Dalian – China. After leaving China, it made a two-month stop at the Drydocks World Dubai (DDWD) shipyard in Dubai, where commissioning activities were carried out.

With the capacity to produce up to 180,000 barrels of oil per day (bpd) and process 12 million m3 of gas, the FPSO Guanabara will be the first in a series of four "definitive" FPSO planned for deployment at the Mero field. In 2023, production is planned to begin from Mero 2 (FPSO Sepetiba),  in 2024 from Mero 3 (FPSO Marechal Duque de Caxias), and in 2025 from Mero 4 (PSO Alexandre de Gusmão). 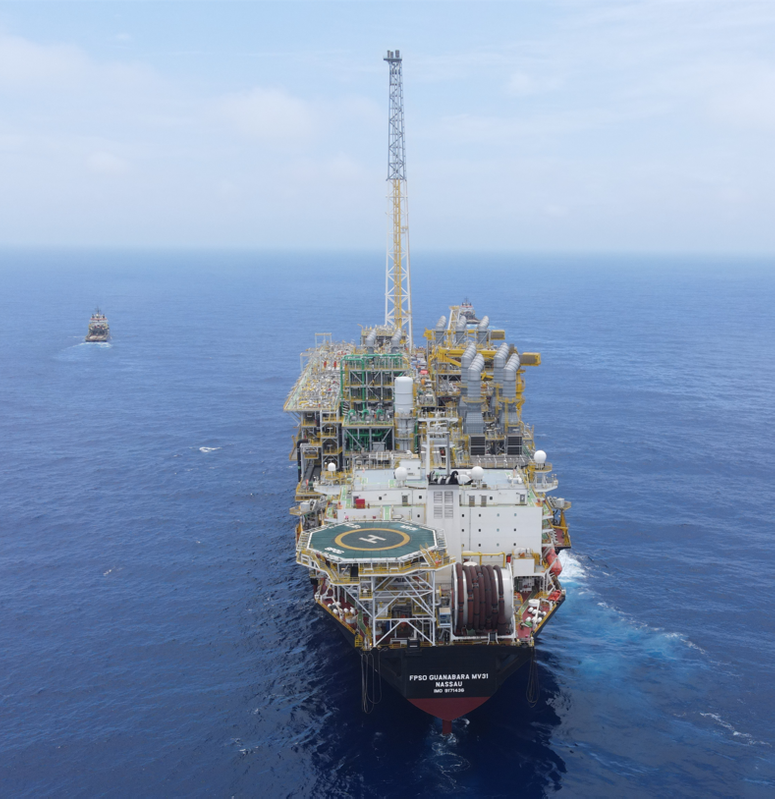 The Guanabara FPSO will be installed more than 150 km from the coast, in a water depth that reaches 1,930 meters, equivalent to four times the height of Morro do Pão de Açúcar (Sugarloaf Mountain).

The FPSO is 172 meters high, equivalent to 4.6 statues of Christ the Redeemer on Rio's Corcovado mountain, and is 332 meters long, or three football fields. In addition, it has a power generation capacity of 100 megawatts.

Director of Exploration and Production at Petrobras, Fernando Borges said: "The development of the Mero field will be decisive for us to maintain the accelerated pace of pre-salt production. Furthermore, it reflects our strategy of focusing on deepwater assets, which combine substantial reserves, high productivity and resilience even in low oil price scenarios. Mero also enshrines the integrated work with our partners and suppliers, in addition to promoting innovative and sustainable solutions, which have expanded the technological limits of the world oil industry."