Horisont Energi, a company working to develop its blue ammonia project in Norway, has signed a deal with liquid bulk storage company Koole Terminals to develop an ammonia terminal and storage facility at the Port of Rotterdam, for further distribution.

During the production process, carbon will be captured and transported by ship to the Polaris offshore reservoir for storage, with an estimated capacity in excess of 100 million tons below the seabed offshore Finnmark, which is equivalent to twice Norway’s annual greenhouse gas emissions.

According to Horisont Energi's earlier statements, Barents Blue will have a production capacity of 3000 tons of ammonia per day once operational.

Now, with the deal signed between Horisont Energi and Koole Terminals, the two companies will explore the establishment of a strategic and collaborative relationship for the storage of ammonia produced and shipped from Norway to Rotterdam.

The agreement will also cover technical and commercial conceptual models for storage of ammonia products, services solutions and technologies for further distribution, to meet forecast demand in Northwest Europe.

Horisont Energi has said that clean ammonia is one of the most promising fuels for the decarbonization of parts of the maritime sector.

"Koole Terminals will play an important role in facilitating and supporting the distribution of ammonia from the Barents Blue production plant in Hammerfest, Northern Norway," Horisont Energi said.

“We are eager to work with Horisont Energi to materialize their European distribution hub for blue ammonia. We consider ammonia as one of the important future liquid energy carriers, and as such this project fits very well with Koole’s sustainable energy strategy,” said John Kraakman, CEO of Koole Terminals. 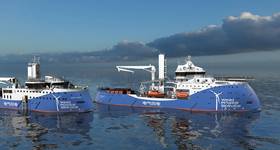 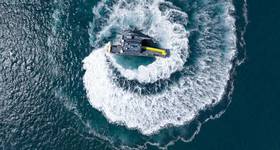