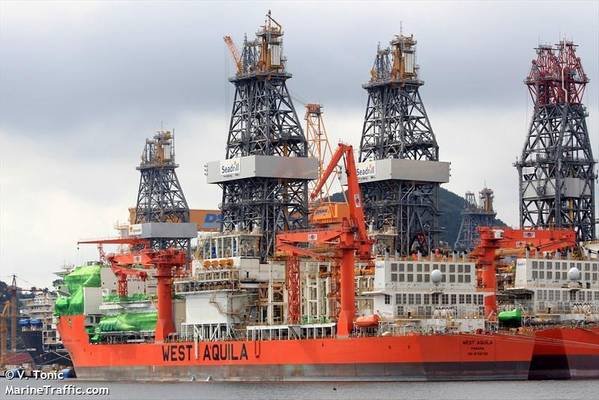 In May 2018, Northern Drilling signed agreements with DSME to buy two newbuilding 7th generation DP3 and ultra-deepwater capable drillships DSME known as the West Aquila and the West Libra, for $296 million each with $90 million paid at contract signing and the remainder at delivery.

However, Northern Ocean said  Tuesday it had canceled the contract for the West Aquila drillship due to delay of delivery as well as a repudiatory breach of contract.

Northern Drilling, via its West Aquila subsidiary, has made advance payments totaling approximately $90 million under the drillship contract. The company said it would claim a refund of the installment paid, plus interest and damages.

"If this claim is disputed, the company will seek an award via London arbitration in accordance with industry-standard procedures and timescales," Northern Drilling said.

The contractual delivery dates for the West Aquila and West Libra were in January and March 2021.

In its quarterly report released on May 28, Northern Drilling said the drillships had not been delivered to the company and there were still some remaining items to be completed by the shipyard.

While it canceled the West Aquila order, Northern Drilling did not say what its plans were for the West Libra rig.

To remind, back in October 2019, Northern Drilling canceled a resale contract for the 7th generation ultra-deepwater drillship West Cobalt, which had been scheduled for delivery from DSME in 2021.

DSME then challenged Northern Drilling's move, and according to available info, it in December 2019  purported to terminate the contract owing the drilling firm's alleged failure to pay the remaining installments and for its breach of contract.