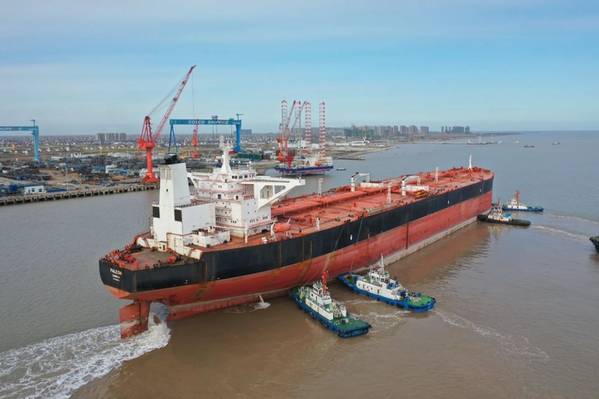 "Leveraging its ABB Ability System 800xA control system with Select Input/Output (IO), ABB will take responsibility for integration engineering in the project, integrating all the production modules onboard the vessel into a combined Integrated Safety and Control System (ICSS)," ABB said.

It is on track to be deployed offshore Brazil by Q1 2023 where it will stay for 25 years on a $5.4 billion contract. This will be Malaysia-based Yinson’s first vessel to operate in Brazil waters. It will have a storage capacity of 1.6 million barrels. It is owned by Yinson (75%) and Sumitomo (25%)

ABB said that the Yinson FPSO project is one of several offshore projects where ABB will utilize its Select IO for more efficient project execution.

"Select IO is an ethernet based, single-channel input-output system, where field signals are digitally marshaled in smart junction boxes. Utilizing ABB’s xStream engineering approach alongside digital marshaling, Select IO will reduce project time by allowing the project team to decouple the hardware and software tasks and fully standardize the cabinet design. Cabinets can then be installed and terminated at a much earlier phase during construction" ABB said.