The move follows Energean’s decision to develop the fields using a floating production, storage and offloading (FPSO) unit, to enable the quickest route to market, and will see a field development plan submitted to the Israeli Government in mid-2017.

Karish and Tanin were discovered in 2013 and 2011, respectively, and contain 2.4 Tcf 2C gas resources. Energean acquired 100% in both fields recently.

Mathios Rigas, chairman and CEO of Energean Oil & Gas, said: “We are delighted to have TechnipFMC, one of the leading contractors in the world, working with us on the development of the Karish and Tanin fields. It is a project that will open up the Israeli oil and gas market and both parties intend to play an important part in facilitating a more competitive energy supply for the benefit of Israeli domestic consumers and the economy.

“TechnipFMC, even more so after its recent merger, is a global leader in oil and gas engineering design and contracting. Their know-how, expertise and quality standards in deep water and FPSO projects will all assist in delivering the most efficient and environmentally sensitive development of these projects. We are sure that the combination of Energean and TechnipFMC’s skills and resources can contribute to the onward development of Israel’s broader upstream industry, its technology and human capital. We look forward to a long-term and mutually beneficial partnership together”. 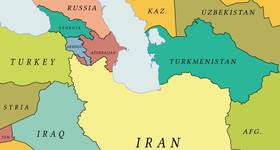