Partners on the Etinde permit offshore Cameroon are now considering offtake to existing facilities in Equatorial Guinea as a new possible solution.

The project, operated by New Age, and which is taking much longer than planned to develop, was also being considered as having potential for a floating LNG facility or as gas-to-power facility.

Initial development concepts, back in 2014, centered around a phased hub-and-spoke approach, with an onshore processing facility, linked to unmanned platforms/producing wells.

The IM field on block MLHP-7 was expected to deliver the first phase of liquids and associated gas production, targeted for 1H 2017, followed by integration of the MLHP-5 discoveries (Sapele), under a stage II development. Dry gas (70 MMscf/d) from Etinde was due to feed a proposed fertilizer plant, with additional gas available for broader development opportunities, such as a Cameroon LNG (CLNG) scheme.

Meanwhile, on the Bomono permit, on which Bowleven is operator, a two-year extension has been awarded to 12 December 2018 and a Provisional Exploitation Authorization (PEA) signed.

Bowleven says it is in advanced discussions on the potential farm-out of the Bomono license in order to facilitate cashflow and appraisal activities. 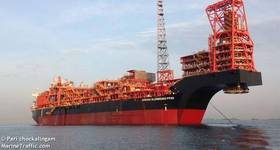 Eni Brings Online Another Oil Field in Angola via Armada... 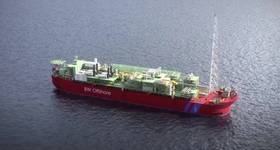