The discoveries include two deepwater finds that consist of super light crude deposits, and four light oil finds in the shallow waters of the Gulf of Mexico (GoM).

The biggest find, the Nobilis-1 well, encountered more than 40° API, with the production capacity estimated to reach 15,000 b/d, ranging between 140-160 MMboe of 3P reserves. Nobilis-1 is on the eastern flank of the Maximino field, in the Perdido Fold Belt, 220km off the coast of Tamaulipas at 3000m water depth.

“This finding strengthens the partnership strategy raised by the productive enterprise of the State in Perdido fold belt as it consolidates the poles of development of the fields discovered in deepwaters,” Pemex said in a statement.

In shallow water, the Teak-1 well encountered light crude and gas condensate estimated at 50-60 MMscf in 3P reserves, which could result in the production of some 7000 b/d, according to Pemex. Teak-1 is 30km from the coast between the states of Veracruz and Tabasco, at 44m water depth.

Pemex also revealed its plans to drill 30 exploration wells, offshore and onshore, in 2017.

“Considering the environment of low oil prices, investments will focus on the areas most likely to find liquid hydrocarbons, ie those of higher returns,” Pemex said.

The Mexican company said it will give priority to search for oil prospects that will strengthen production in the short- and medium-term. Offshore exploration will include 12 shallow water wells, in addition to four additional deepwater wells in the Perdido Fold Belt.

Pemex sees their planned exploration efforts contribute to the strengthening of its farmout and partnership strategies, in addition to having access to industry best practices and ensure the commercial viability of such deposits, the company said.

“This will make it possible to continue establishing these partnerships, like the one underway at Trion deepwater block and part of the round 1.4 convened by the Secretariat of Energy and the National Hydrocarbons Commission (CNH),” Pemex said.

In June, Pemex chose its first-ever farmout deal by offering stake in its Trion deepwater field, in the Gulf of Mexico near the US border.

Trion field, in the Perdido area, contains about 480 MMbbl at 2500m (8202ft) water depth, and will require about US$11 billion worth of investment, with more farmouts will follow.

A number of investors for Trion have not been decided upon, however, Pemex Chief Executive Jose Antonio Gonzalez Anaya said in June, that the companies that will be involved in the Trion farmout will be announced in December, when Mexico has scheduled its highly anticipated deepwater auction set. 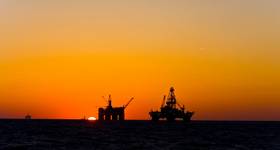 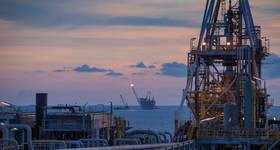