Dutch heavy weight Allseas has marked its biggest milestone yet. As OE went to press, the firm announced that its mega-vessel, the US$2.7 billion Pioneering Spirit, had successfully completed its first commercial job, lifting Repsol Norge’s 13,500-tonne Yme mobile offshore production unit, 100km offshore Norway, on 22 August. The Yme facility was then due to be taken to the newly developed dismantling yard in Lutelandet, Norway.

Pioneering Spirit is 382m-long and 124m-wide and was built to lift up to 48,000-tonne topsides and up to 25,000-tonne jackets, as well as perform pipelay work. The vessel, a concept few thought could be realized since its creation in 1987, was built in South Korea. Installation of its lifting beams was carried out at its berth at the Maasvlakte, near the mouth of Rotterdam harbor.

Pioneering Spirit was due to start its working life in summer 2015, but commissioning the lifting arms has taken longer than expected, due to their complexity (see page 20 for more).

A test program was carried out in Alexia harbor, Rotterdam, at the end of July. All 12 installed topsides lifting beams were tested to their respective lift capacities of nearly 3700-tonne. The last of the four tests, involving four beams lifting 14,700-tonne, was performed on 23 July. During harbor lifting trials, the 12 beams together lifted over 44,000-tonne.

Following the lifting trials, the vessel performed a test lift, using a 5500-tonne test platform topsides on a substructure in the K-13 field offshore Netherlands on 7 August.

Once it delivers the Yme platform to Lutelandet, Pioneering Spirit will return to Rotterdam where the remaining four topsides lifting beams will be installed ahead of the Shell Brent Delta topsides removal, scheduled for summer 2017.

Allseas is also contracted to lift the other three Brent topsides, at dates yet to be decided, as well as installing Statoil’s Johan Sverdrup topsides, offshore Norway. 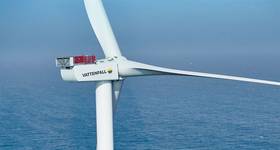 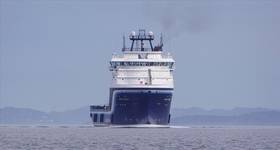