After proving a deft hand at reusing topsides, Engie is now looking to do the same with jackets – but instead of moving them to new sites as production facilities, the firm wants to make them into marine habitats. Elaine Maslin reports.

Leaving rusty former oil and gas production facilities in place may be a hard sell. But such a move – for just the support structures at least – is increasingly touted, not only a more viable option for the industry, but also for marine life (Read more: Up against Ospar).

With support from Dutch state organization EBN, which has a stake in most Dutch fields, the Dutch arm of operator Engie (previously GDF Suez) is setting out to prove this assumption. The firm, already skilled at reusing topsides, is now planning to leave in place two of a cluster of three relatively small platform jackets, which are due to be decommissioned. Under the plan, a third will be removed as a control.

It’s part of a wider program of decommissioning by the firm, which has 39 platforms in the Dutch sector of the North Sea, four of which are manned production complexes and 18 are unmanned, with 100 producing wells, five of which are subsea. Many were built in the 1970s and 1980s and quite of few of those are past their original design life.

Ideas for these structures include removing them, repurposing them for other fields or repurposing them for something else. “We have done the first two and now we are looking at the third one,” says Aart Geurtsen, project coordinator, Engie E&P Nederland, at the Offshore Energy conference, Amsterdam.

Indeed, in the past, Engie has removed and reused six platform topsides within the Netherlands. Three were simply moved straight to another jacket, while the other three were removed to shore for refurbishment work first, he says. The timing has been suitable in five of these projects. In the sixth, topsides were taken from an older field for use on a new, higher production field. A new platform was then built to replace the removed facility. Reuse has enabled Engie to shorten schedules, Geurtsen says. Jackets were not reused because of different water depths involved, concerns about fatigue life of welded nodes and the risk of damage during removal, Geurtsen says. New jackets could also be fabricated relatively economically.

With production now set to be on long-term decline, permanent decommissioning is rising up the schedule. Engie’s focus is on its K and L blocks, where most of the mature assets are.

Particular focus is on block L10, home to the G, D and C satellite platforms, where production ended in early-2016. The platforms, in 26m water depth, on 33m-tall jackets, have been cleaned and pipelines abandoned. A rig is due to come in to start plugging and abandonment work before the end of the year. Once this work is complete, the platforms will be put in lighthouse mode and removal contractors given a large window within which they can remove the topsides.

Rather than remove the jackets, however, Engie is looking to leave them in place for other uses, specifically, as artificial reefs. Engie has been involved with research into artificial reefs, the Living North Sea Initiative (LINSI) and another ongoing program with IMARES Wageningen.

“Based on this research, we think there’s potential for rigs to reef in the North Sea,” Geurtsen says.

Together with EBN, Engie has taken the initiative to launch a pilot project, to put the science to the test. “We want to convert steel jackets into temporary reefs, to see whether some offshore installations deserve a second life to restore the ecosystem,” he says.

Engie says that the L10-C, L10-D and L10-G satellites, about 70km west of Den Helder, are in a good spot for such a project, because they are on the edge of the Friese Front marine reserve area, part of the Natura 2000 program. “We think they [the jackets] could enhance the ecological foundation of that area. There used to be a lot more hard substrate, a lot more oyster grounds in this area,” which this project could help reinstate. Indeed, the Dutch government would also like to reinstate hard substrate, he says.

The planned pilot project (subject to government approval) is being called Platforms Natuurlijk (Dutch for “naturally”). The plan is to leave two of the three jackets and remove one, as a control. There will be an exclusion zone of 500m and the potential to invest in measures to add to how beneficial the structures could be, by adding more boulders to the seabed, depending on funding. Species like the flat oyster could be reintroduced, Geurtsen says. The tops of the structures, which will be left poking out of the water, could also be seabird breeding grounds. Lighthouse buoys would be placed around the facility to warn any nearby shipping. The idea is to leave them for 15 years and monitor the results through environmental groups.

Criteria for the project’s success will be agreed with environmental groups and if these are not met, the platforms would still be removed, Geurtsen says. While this could pose issues over what condition the jackets would be in by then – no longer having sacrificial nodes or ongoing maintenance – posing a challenge when it comes to removal, it’s worth the risk, he says.

To date, the project has been presented to various non-governmental organizations and other stakeholders, and the legal and regulatory framework is being discussed with regulators, etc. The next step is applying for a permit to do the work. Many will be watching.

The Dutch North Sea might contain a smaller slice of the decommissioning pie, but it still has a significant installed base and the Dutch government and industry is working to quantify the work that needs to be done.

There are 150 platforms in the Dutch sector, 23 of which have already been decommissioned, and 1400 wells to be abandoned, at an estimated cost of about €4 billion (according to estimates by VBN), Dirk Jan van Orden, GM legal and government relations Petrogas E&P Netherlands, told Offshore Energy, a conference in Amsterdam. “We are not talking peanuts,” he says. “A lot has to be done when these platforms cease production.”

Just as in the UK sector, rules in the Dutch sector mean that mining facilities offshore of the Netherlands, which oil and gas structures come under, have to be removed at the end of their life. A master plan for decommissioning and reuse was expected to be published late-November [just as OE went to press].

“We think it is important to have open dialogue of each other’s plans,” van Orden adds, saying that “proper estimates,” should be shared, but only after decommissioning plans are finalized, reuse of infrastructure for other purposes should be looked at, e.g. an offshore electricity ring of carbon capture and storage. Questions around long-term liability for any structures left also need to be addressed.

But, removing facilities too early could strand existing resources, a concern which is echoed in the UK sector, van Orden warns. 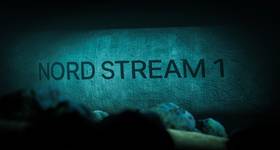