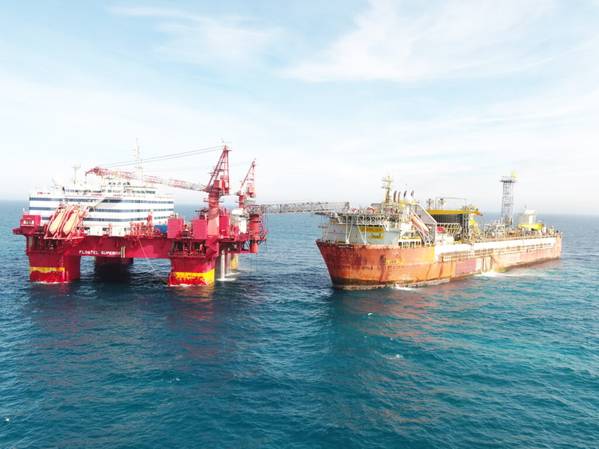 According to Vår Energi, the Floatel Superior will be used at the project during the 2023 High Activity Period (HAP), which starts in May.

The accommodation rig will be connected to the Balder FPU and be used as living quarters. Vår Energi has contracted Floatel Superior for 13 weeks with a four-week extension option. Financial details were not disclosed.

Floatel Superior, equipped with Kongsberg Dynamic Positioning System, certified to DP3 class, can accommodate 440 people in single-bed cabins. It has a telescopic gangway for client personnel to transfer between the rig and the host installation.

Vår Energi's VP of Modifications Projects, Inge Bjørkevoll said: "The 2021 campaign was a great success. Connecting two floaters proved to be a complex but manageable solution thanks to the good cooperation and the common will-to-win mentality between Vår Energi and the suppliers involved. And you don’t change a winning plan."

The oil company says that the Balder floating production unit plays a crucial role in its long-term commitment to increasing recovery and production from the Balder field in the North Sea.

The vessel was initially intended to retire in 2011, and in order to operate until 2030, the ship will have to go through an upgrade program.

The Balder FPU upgrade is a part of the growth strategy for the Balder Area in the North Sea. By 2030, the Balder FPU production capacity will be replaced by Jotun FPSO – scheduled to arrive on the field in Q3 2024.