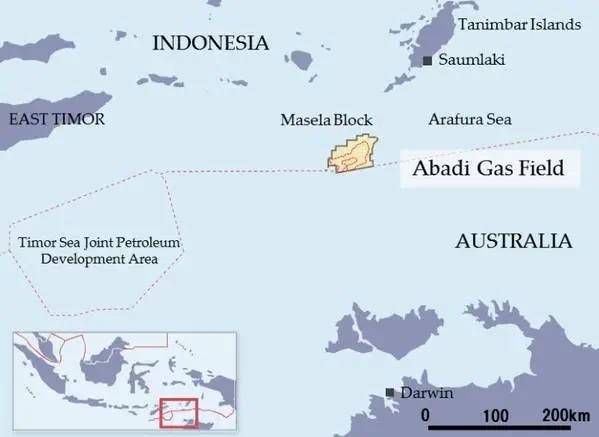 The Indonesian government has said a consortium of state-owned energy firm Pertamina, the Indonesia Investment Authority (INA) - the country's sovereign wealth fund - and other companies could take Shell's 35% stake in the Abadi liquefied petroleum gas project after the energy company signaled its intention to withdraw.

"Petronas is also interested to join and, if possible, work together with Pertamina in terms of replacing Shell," chairman of regulator SKK Migas, Dwi Soetjipto, said.

Petronas said it could not immediately comment on the matter.

Pertamina has conducted data room study and is due to submit a nonbinding offer to Inpex and Shell this month, Soetjipto added.

Inpex is expected to submit a revised development plan on the project to include a carbon capture installation in their investment in December.

The project had previously been expected to cost around $20 billion.

"It is hoped that in line with (Inpex's new plan), the new partners could also have been decided. Because it is impossible for Inpex to revise without knowing who its new partner is," Soetjipto said.