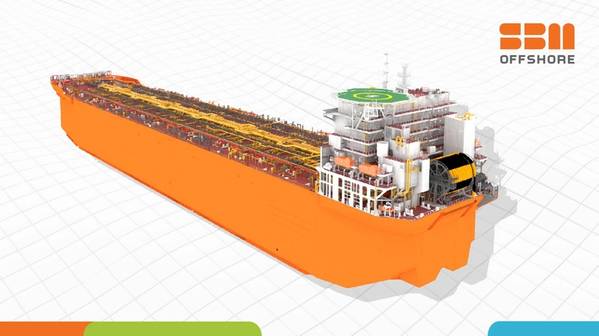 Dutch FPSO systems provider SBM Offshore said Thursday it had signed a memorandum of understanding with ExxonMobil for the supply of another FPSO in Guyana.

"The company recently placed an order for a seventh Fast4Ward MPF hull. The construction of this hull is expected to start in the first quarter of 2023. An MoU was signed with ExxonMobil Guyana granting exclusivity over the hull," SBM Offshore said.

SBM Offshore's Fast4Ward program involves a new build, multi-purpose floater hull combined with several standardized topsides modules. SBM Offshore orders these hulls in China without contracts secured so that when it does secure a contract, the FPSO delivery time is shorter.

The Liza Destiny, Guyana's first FPSO in production, was converted from a VLCC, while the Liza Unity, the first FPSO based on the Fast4Ward hull, started production in February 2022.

SBM Offshore earlier this year confirmed the receipt of a firm order from ExxonMobil for the fourth and largest FPSO to be deployed at ExxonMobil's Yellowtail project offshore Guyana.

First oil is expected in 2025. This will be the fourth FPSO deployed in Guyana's Stabroek block, and the fourth delivered by SBM Offshore, after Liza Destiny, Liza Unity, and the under-construction Prosperity.