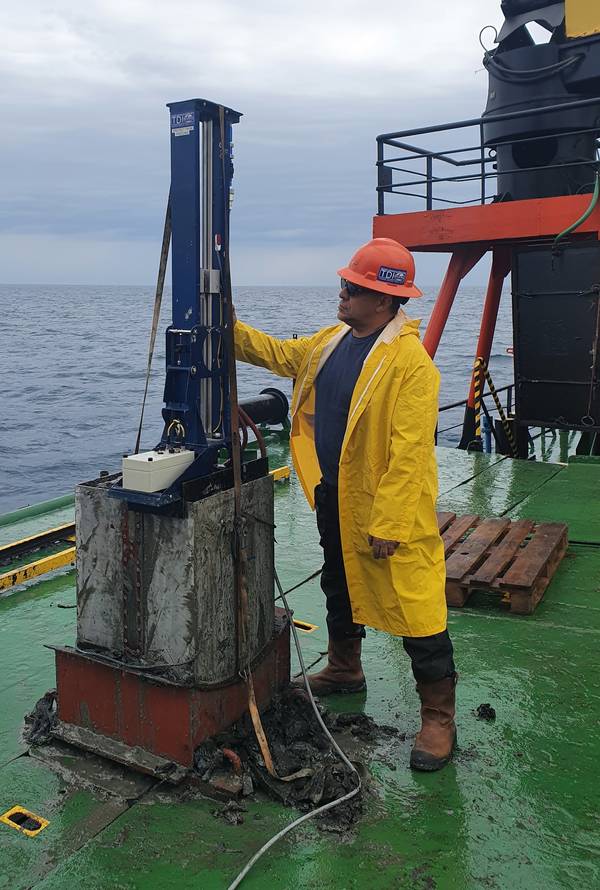 The program consisted of Gravity Cone Penetrometer (gCPT) and T-Bar tests. TDI-Brooks deployed geotechnical tools and geotechnical operators to the ongoing project off Turkey in the Black Sea.

During this second leg of phase two, seventy-eight (78) gCPTs were collected in 34 to 2,168 meters of water. They also performed sixty (60) T-Bars in Box Cores (BC) acquired by DenAr.

This project was conducted on the “DENAR 2” vessel over a period of 71 days in the Turkish portion of the Black Sea.

For the second program in July 2022, TDI-Brooks mobilized their research vessel, the R/V PROTEUS, to the Black Sea for ‘heavy’ geotechnical coring/CPT acquisition.

Turkey's national oil company TPAO, using the Fatih drillship, in 2020 found 405 bcm of natural gas in the western Black Sea region's Sakarya field, in what was the country's biggest ever offshore discovery.