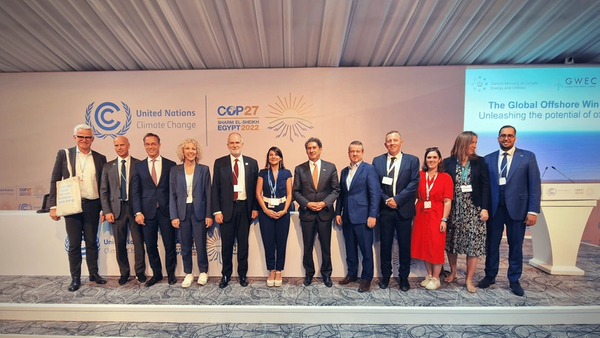 The new members include Belgium, Colombia, Germany, Ireland, Japan, the Netherlands, Norway, the UK, and the US.

The alliance has been initiated by the International Renewable Energy Agency (IRENA), Denmark and the Global Wind Energy Council and promises to bring together governments, the private sector, international organisations and other stakeholders to accelerate the deployment of offshore wind power.

The countries joining GOWA have agreed to work together to drive national, regional, and global ambitions and remove barriers to the deployment of offshore wind in new and existing markets.

"Offshore wind can be deployed at large scale, in short timeframes and at competitive cost – it is a fast and viable route to closing the growing gap between renewable energy targets and current rates of implementation," GOWA said.

"To reach this target, GOWA will aim to contribute to accelerating growth to reach a total of at least 380GW installed capacity by the end of 2030," GOWA said.