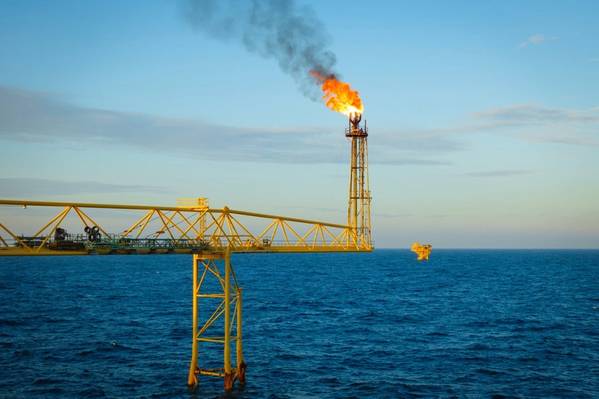 In late 2016, to avoid racking up fines for burning too much natural gas, Mexico's state oil company Pemex struck a deal with the regulator to invest over $3 billion to fix its flaring problem at its most productive set of oil fields.

But five years on, the little-publicized project has been abandoned, according to three sources with direct knowledge of the matter, and the environmental toll at the Ku-Maloob-Zaap offshore fields in the Gulf of Mexico continues to rise.

The broken commitment, which has not previously been reported, highlights the struggles of Mexico's oil regulator to rein in Pemex, a powerful state monopoly that is always closely connected to the government.

It also shows how, while countries like Colombia, Kazakhstan and Nigeria have cut flaring by investing in infrastructure and strictly enforcing penalties, Mexico is heading in the opposite direction, as Reuters has reported.

Pemex opted to drop the plan half-way through completion, the three sources said, as low gas prices made it less economically attractive and political priorities shifted to raising oil output.

The decision was made despite the environmental cost and threat of regulator fines.

"The fines are not an adequate incentive for a state company to change its way of doing things," said Rosanety Barrios, a former energy ministry official who designed and coordinated policies for the creation of gas and oil products markets.

For decades, companies routinely burnt off gas - whose main component is methane - that came to the surface as a byproduct of oil production and exploration. It was cheaper than investing in infrastructure to capture and process it.

But growing fears about climate change have made that unpalatable.

Mexico - the world's eighth biggest flarer - is under increasing pressure, including from the United States, to cut gas flaring and methane emissions, which are set to worsen as fields age further.

Pemex development plans and legal records, as well as previously unreported internal assessments made by the regulator, and confidential data, show the enormous waste of resources following Pemex's decision to not complete the works on Ku-Maloob-Zaap – which produces nearly 40% of national oil output.

Pemex, the energy ministry and the regulator did not respond to requests for comment. The oil company has in recent quarterly reports stressed it was making efforts to clean up its operations and bring down flaring and other waste.

Pemex broke no laws by not following through with the investment pledge and there were no penalties foreseen under the terms of the deal. But the plan would have been an important step towards operating in a more environmentally responsible manner.

The plan stalled at the end of the term of President Andres Manuel Lopez Obrador's predecessor, the sources said, and was never resumed even as environmental concerns rose.

In a bid to make Mexico self-sufficient, resource nationalist Lopez Obrador has vowed to help Pemex reverse a decade of declining production - even if it results in higher emissions.

Energy experts said the discarded investment plan also shows how Pemex has struggled to understand the rise of the environmental movement - and how important it would become to its own investors.

"Pemex operations are in clear need of investment in order to be more efficient and reduce their greenhouse gas emissions."

Earlier this year, under increasing international criticism, Lopez Obrador said Pemex would invest $2 billion to improve infrastructure to reduce flaring and methane emissions. It has yet to publish details on how the money will be spent, over what time period and where it would come from.

In recent years, as the environmental toll of flaring has become ever clearer, many companies have invested heavily in new technology and infrastructure to curb the practice.

Scientists argue that oil companies should not routinely burn off gas at all. But where it is not possible to capture, process or transport the gas, such as in remote Siberian oil fields, they should at least ensure the flare burns cleanly.

A flare, when burning cleanly, breaks down methane - a highly potent greenhouse gas - into mostly carbon dioxide and vapor. Carbon dioxide absorbs far less heat in the atmosphere than methane.

But methane can leak both from poorly burning flares and from pipelines, wells and gas processing centers.

Thirty-four countries, including Mexico, as well as 51 companies, have signed a World Bank-backed pledge to cut routine flaring to zero by 2030.

Despite being one of the signatories, Mexico's flaring hit record levels in 2021, an analysis of satellite images by the Earth Observation Group of the Colorado School of Mines showed.

The government did not respond to repeated requests for comment on the issue over the past year.

Tamara Sparks, who reviewed the findings for Reuters, said preliminary data for the first seven months of 2022, suggest flaring may have dropped slightly but remains near historic levels recorded last year.

At Ku-Maloob-Zaap the situation is particularly stark.

Located some 105 kilometers (65 miles) offshore from Ciudad del Carmen, Campeche, the biggest field in the cluster is named Ku. Forty years since its discovery, Ku remains one of the country's most important oil assets.

Pemex does not release flaring data for the sites, but four different sets of non-public data from the regulator, seen by Reuters, showed flaring and other waste at Ku-Maloob-Zaap went up dramatically since 2018.

The regulator said in 2020, the company wasted 37.7% of the gas from Ku alone through flaring, venting or otherwise. Mexico's legal limit is 2%.

Methane leakage has also been a problem. Scientists, including from the Polytechnic University of Valencia in Spain, detected two massive methane emissions at part of the Ku-Maloob-Zaap infrastructure meant to burn off the methane component of the gas, one in December 2021 and another in August this year.

The more-than $3 billion Pemex said in November 2016 it would invest to cut flaring was meant to go towards five different infrastructure projects.

The company had just been slapped with a fine for exceeding the regulator's limit and presented the plan to fix the problem, a document from the regulator seen by Reuters shows.

Sergio Pimentel, a former top official who was at the regulator at the time, said the first fine - of 2.19 million pesos (then worth $106,000) - was "symbolic" and meant to persuade Pemex to change course. Penalties for second offenses tend to be higher.

As the regulator approved the proposal, it stressed the urgency of the issue in an evaluation document, saying the amount of gas from these fields "will continue to rise," making it increasingly important that Pemex had an effective way to capture and process it.

But the plan was abandoned just two years later, according to a second document from the regulator, which was drawn up to detail the progress.

Pemex had spent half of the pledged money on fixes that did nothing to solve the underlying problem, two of the sources said, pointing to heavy investment in pumping equipment, pipes, and a turbocompressor.

But the final pieces of infrastructure were never built, including a new platform meant to compress the gas gathered from all the oil fields and reinject it to maintain pressure and prolong their useful life.

Without that, the other investments were effectively useless, the sources added, because the gas was still sent to the flare, just as before.

One source said the regulator fined Pemex again for recurrence in 2021 but the oil company started legal proceedings to annul the fine, which are still pending.

In 2020, in an effective admission that it would not fulfill the goals of the investment commitment it had made in 2016, Pemex sought regulatory permission to flare or otherwise waste at the Ku field at an even steeper rate for another decade.

It proposed to flare as much as 71.3% of the gas until 2030, public documents reviewed by Reuters show. The regulator approved the plan.

Pimentel, the only official who voted against it, said the regulator should not have approved the request because flaring and venting at such levels are both terrible for the environment and against the law.

"Pemex did not reach the (2% waste) target because it didn't go through with the investment promises it had made," he said. "Mexico has international commitments on climate change, and it should comply with them."