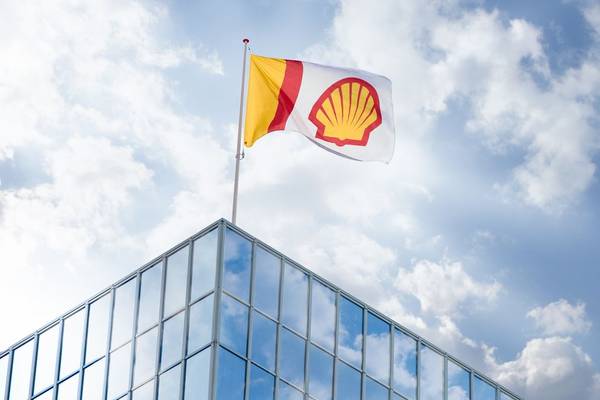 Shell Thursday posted a third-quarter profit of $9.45 billion, easing from the previous quarter's record high due to weaker refining and gas trading, as it announced plans to sharply boost its dividend by year end when its CEO departs.

Shell also extended its share repurchasing program, announcing plans to buy $4 billion of stock over the next three months after completing $6 billion in the previous quarter.

The company said it intends to increase its dividend by 15% in the fourth quarter, when Chief Executive Officer Ben van Beurden will step down after nine years at the helm.

He will be succeeded by Wael Sawan, the current head of Shell's natural gas and low-carbon division. With a profit of $30.5 billion so far this year, Shell is well on track to exceed its record annual profit in 2008 of $31 billion.

The strong earnings were likely to intensify calls in Britain and the European Union to impose further windfall taxes on energy companies as governments struggle with soaring gas and power bills.

Shell's shares gained over 40% so far this year, lifted by soaring oil and gas prices in the wake of Russia's invasion of Ukraine in February and amid tightening global oil and gas supplies.

The quarterly adjusted earnings of $9.45 billion, which slightly exceeded forecasts, were hit by a sharp 38% quarterly drop in the gas and renewables division, Shell's largest.

Earnings for the second quarter were a record $11.5 billion.

The world's largest trader of liquefied natural gas (LNG), produced 5% less LNG in the period compared with last year at 7.2 million tonnes mainly due to ongoing strikes at its Australian Prelude facility.

Its gas trading business was hit this quarter by "supply constraints, coupled with substantial differences between paper and physical realizations in a volatile and dislocated market."

Earnings from the refining, chemicals and oil trading division also dropped sharply by 62% in the quarter due to weaker refining margins.

Shell said it would stick to its plans to spend $23-$27 billion this year.

Shell's cashflow in the quarter dropped sharply to $12.5 billion from $18.6 billion in the previous quarter due to a large working capital outflow of $4.2 billion as a result of changes in the value of European gas inventories.

Shell's net debt rose by around $2 billion to $46.4 billion due to lower cashflow from operations and to pay for a recent acquisition. Its debt-to-capital ratio, known as gearing, also rose above 20%.