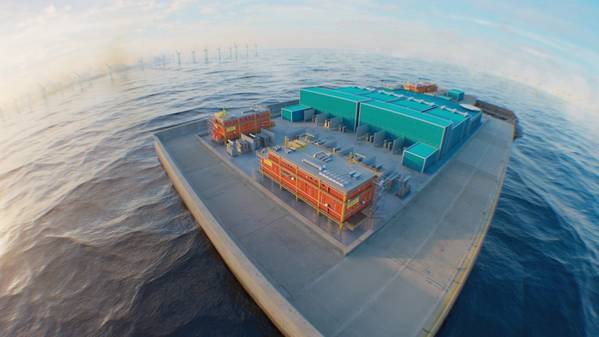 Belgium's transmission operator, Elia, has presented its draft plans for what is expected to be the world’s first artificial energy island.

The energy island, called the Princess Elisabeth Island, will be located almost 45 km off the Belgian coast and will serve as the link between the offshore wind farms in the second offshore wind zone (which will have a maximum capacity of 3.5 GW) and its onshore high-voltage grid.

Elia, which presented the plans in the presence of federal ministers Tinne Van der Straeten (Energy) and Vincent Van Quickenborne (North Sea), said the energy island will also be the first building block of a European offshore electricity grid that will serve as a central hub for new interconnectors with the UK and Denmark.

"The island is an innovative tour de force that once again puts Belgium on the map as a pioneer in offshore energy. Belgium’s Maritime Spatial Plan (2020-2026) provides for the development of a new wind power production zone in the Belgian part of the North Sea: the Princess Elisabeth zone," Elia said.

In line with the Belgian Electricity Act, Elia is responsible for extending the transmission grid based on plans that must be approved by appropriate ministers.  The draft plans for the first energy island are now ready and the tender process is being prepared, Elia said. 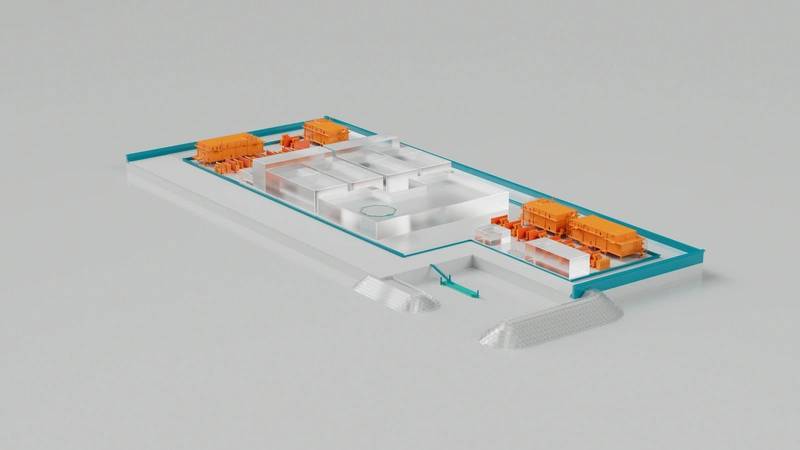 Credit: EliaAccording to Elia, the Princess Elisabeth Island, in the Belgian section of the North Sea, will be the world’s first artificial energy island.

It will combine both direct current (HVDC) and alternating current (HVAC). The island’s high-voltage infrastructure will bundle the wind farm export cables from the Princess Elisabeth zone together, while also serving as a hub for future interconnectors with the UK (Nautilus) and/or Denmark (TritonLink).

These will be hybrid interconnectors that have a dual function and will be more efficient. They will ensure the exchange of electricity between countries and will also be connected to gigantic offshore wind farms in the North Sea that will provide our country with large volumes of renewable energy, Elia said.

The energy island will be located almost 45 kilometres off the coast and will occupy an area of approximately five hectares above the waterline.

A small harbour and helicopter pad are also due to be built for maintenance teams. In order to connect all future offshore installations to the Belgian high-voltage grid, 300 km of alternating current cables and 60 km of direct current cables will be needed. The energy island will rely on support from Belgium’s post-COVID-19 recovery plan, which Belgium asked the European Commission to approve, meaning it is due to receive a subsidy of around €100 million. 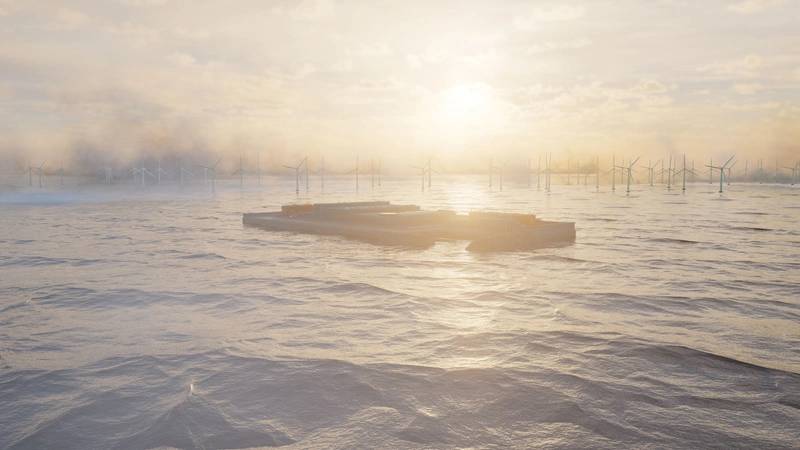 Credit: EliaThe tender process for the island is being prepared, as is the development of the environmental impact assessment, the preparation of the permitting procedure and the application for a concession of public space. The construction of the island is due to start in 2024 and the island should be completed in mid-2026.

From then on, the construction of the electrical infrastructure on the energy island will start. The construction of future wind farms is being organised by the government of Belgium through a series of tenders.

The connection of the wind farms to the Elia grid is linked to the commissioning of two onshore grid reinforcement projects: the Ventilus and Boucle du Hainaut. Elia aims to achieve full connection capacity by 2030.

"The Princess Elisabeth Island constitutes a big leap forward for the energy transition. In addition to bringing 3.5 GW of additional offshore wind energy to shore, the island will also be the first link in a European offshore electricity grid. It will allow us to access the huge
offshore wind potential that the North Sea still has to offer us," said Chris Peeters, CEO Elia Group.

"By quadrupling offshore wind capacity by 2040, we will reinforce our energy independence, reduce our energy bills and reduce our CO2 emissions," said Tinne Van der Straeten, Minister for Energy of Belgium.

Vincent Van Quickenborne, Minister for the North Sea: "The North Sea is becoming the powerhouse behind our energy independence. However, recently, following the acts of sabotage inflicted on the Nord Stream gas pipelines, it has become more crucial than ever for us to protect such critical infrastructure from sabotage and attacks.

"We will secure both the cables which transport electricity to the mainland and the energy island against these kinds of events. We recently passed a law that significantly strengthens such measures. We are now providing for the use of video surveillance at sea, drones, the tracking of foreign boats in our waters and having competent services carry out regular safety analyses."