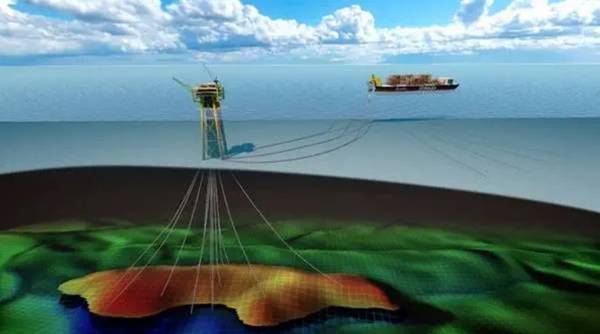 Dorado, one of the largest ever oil discoveries in Australia’s North Western Shelf, is going to wait some more to produce first oil, as Carnarvon Energy, a partner in the Santos-operated project, said Wednesday that the final investment decision for the project would not be made in 2022, due to, in part, the "current inflationary cost environment and period of supply chain uncertainties."

As previously reported, the partners are working to develop the field using an FPSO and a wellhead platform, and back in June, Carnarvon said the Dorado development continued to achieve significant milestones towards being ready for FID later in the year.

However, Carnarvon, which owns a 20% stake in the project, said Wednesday that the front end engineering design (FEED) work for the project was substantially complete but that "in the current inflationary cost environment and period of supply chain uncertainties, a prudent approach is being adopted which does not support FID in 2022."

Carnarvon Managing Director and CEO, Adrian Cook, said: “We are pleased that the Dorado development FEED process is now substantially complete and that the project, through this process, has been shown to be technically robust.

"Carnarvon is keen to see the timely sanctioning of the Dorado development and commencement of the construction phase, and we continue to work collaboratively with the operator to achieve this.

That said, given the current regional inflationary pressures and supply chain challenges, the risk of cost escalation is unacceptably high and requires fiscal discipline until this environment shows signs of stabilizing."

The analysis of the Pavo discovery to date shows that this is a tremendous resource with the potential to generate a significant amount of value for Carnarvon shareholders by utilising the proposed Dorado facilities. Accordingly, the Joint Venture is undertaking detailed studies to optimize an integrated Dorado development concept.”

Carnarvon said that the Dorado Front End Engineering and Design (“FEED”) process is substantially complete and has progressed to the point of the Dorado development being close to Financial Investment Decision (“FID”) ready.

The main outstanding matter, Carnarvon said, is the finalization the Engineering Procurement and Construction (“EPC”) contract for the Floating Production Storage and Offloading (“FPSO”) vessel.

"The Joint Venture has been working with the relevant contractor to ensure the contract is in an acceptable form. This requires the cost environment to be more stable and more certainty around supply chain capacity. Because the FPSO represents more than 50% of the expected project cost, it is important that this work scope is carefully contracted and managed, especially in the current supply chain environment," Carnarvon said.

The engineering work for the well-head platform (“WHP”) and FPSO is essentially complete, with a robust technical design able to extract the oil and gas from the Dorado field as planned and allowing for further tie-back opportunities such as there recently made Pavo discovery.

The initial development incorporates 10 wells being drilled into the four reservoirs (Caley, Baxter, Crespin and Milne) and the hydrocarbons being produced via a 16-slot WHP to an FPSO. The FPSO has a design capacity to process 100,000 barrels of oil per day, along with 215 million scf/day of gas injection and storage for around 1 million barrels of oil & condensate.

Pre-development work has started for the Pavo discovery, with a Discovery Assessment report being filed with the regulator while studies are being undertaken for the development of this resource. The Pavo-1 well discovered 43 million barrels (2C, gross) of oil as a Contingent Resource – referred to as Pavo North.

"This highly valuable resource is intended to be tied back to the Dorado FPSO. The studies being undertaken are to ensure the current Dorado FPSO design is capable of receiving the Pavo fluids with minimal requirement for further enhancements during tie-back operations. The Pavo South structure is estimated to contain an additional resource of 55 million barrels of oil (Pmean, gross), and has the potential to generate significant further value. The Joint Venture is assessing options to drill this prospect as soon as possible," Carnarvon said.

A formal process for Carnarvon to fund its share of the Dorado development is underway, the company said.

The financing process will be progressed once the FPSO EPC contract and other key contracts have been substantially agreed.

As part of the funding process, Carnarvon is undertaking a formal process to potentially divest a portion of its share of the Dorado project and associated exploration acreage prior to taking FID. This process is ongoing, and the company will provide shareholders with an update if a binding agreement is reached.

The Offshore Project Proposal (“OPP”) remains under assessment by NOPSEMA. This is a key regulatory approval required for the Joint Venture to progress subsequent approvals and to sanction the Dorado development. The operator is continuing to engage closely with NOPSEMA to gain acceptance of the OPP, Carnarvon said.