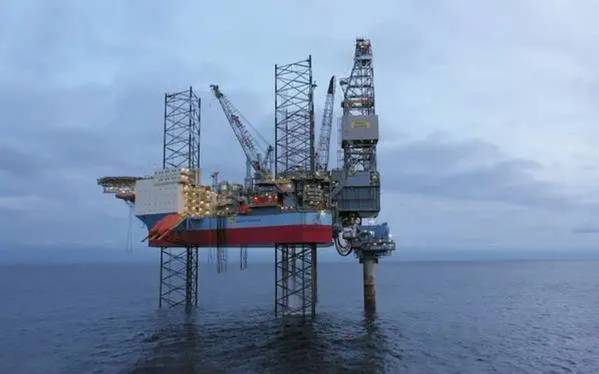 Lime Petroleum, a subsidiary of Rex International Holding, has agreed to buy a 10 percent stake in the Yme oil field in the North Sea, offshore Norway, from Kuwait’s KUFPEC. Rex said Lime would pay post-tax fee $68.053 million (about NOK 633 million).

Lime said that production from Repsol-operated Yme Field would contribute to its target of reaching production of 20,000 bpd across various geographies.

The Yme Field is located in PL 316 and PL 316B on the Norwegian Continental Shelf, in the south-eastern part of the Norwegian sector of the North Sea, 130 kilometers northeast of the Ula field. The water depth is 100 meters. The field comprises two separate main structures, Gamma and Beta, which are 12 kilometers apart. The reservoirs are in sandstone of Middle Jurassic age in the Sandnes Formation, at a depth of 3,150 meters.

According to the Norwegian Petroleum Directorate, remaining reserves in the Yme Field stand at 9.70 million Sm3 of oil equivalent i.e. there are remaining 2P Reserves of about 6.0 mmboe in the Yme Field net to Lime Petroleum.
Production from the field started in October 2021, via the jack-up drilling and production facility Mærsk Inspirer and a wellhead module.

"The field has undergone a commissioning period and is currently ramping up towards a plateau of about 5,000 bopd net to Lime Petroleum in late Q4 2022. Lime Petroleum intends to commission a summary qualified person’s report on the Yme Field after completion of the Acquisition,” the company said.

Dan Broström, Executive Chairman of Rex International Holding, said, “This acquisition of more producing assets by Lime Petroleum is part of the Rex Group’s capital management and investment strategy to seize opportunities with an aim to build and unlock value for our stakeholders.

This is especially important as the Norwegian tax system has been restructured to a cash-flow tax, among which is the removal of the specific tax incentive for exploration activities from 2022.”

“Rex considers the acquisition to be highly accretive and it will have a positive impact on revenue, EBITDA, profit and production in the long term. Completion of the Acquisition is expected in the fourth quarter of 2022. Similar to the Brage acquisition, the effective date of the Acquisition, upon
completion, will be deemed to have taken place on 1 January 2022, as is the norm for transactions in the Norwegian Continental Shelf,” Broström added.