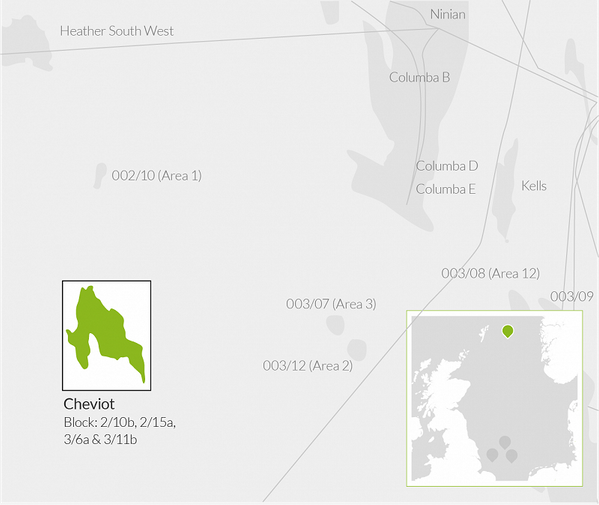 Waldorf Production and Shorelight Partners today announced the signing of a sale and purchase agreement for the acquisition of the entire share capital of Alpha Petroleum, an upstream oil and gas company focusing on the UK North Sea, by Waldorf.

The financial terms of the transaction are not being disclosed.

Alpha Petroleum’s primary offshore redevelopment asset, the Cheviot field, which is 100 percent owned and operated by Alpha Petroleum, is one of the largest undeveloped fields in the UK North Sea, with estimated reserves of 50 MMBbls of oil and 120 bcf of future gas production.

"Alpha Petroleum plans to restore these mature assets and increase gas production. This, coupled with the redevelopment of Cheviot, will help to reinforce the UK’s energy security of supply in the future," Waldorf said.

According to the press release issued Monday, over the last five years, Alpha and Shorelight have significantly progressed the Cheviot redevelopment through material-technical and engineering work. In October 2018 it entered into agreements with Teekay Offshore for its Petrojarl Varg FPSO unit for deployment to the Cheviot oil field, however, this deal was terminated in 2019.

Still, according to the statement on Monday,  the effort has laid the groundwork for both the advancement of discussions with other FPSO owners as well as potential tie-backs to existing infrastructure, the statement reads.

Andy Crouch, Chief Executive of Alpha Petroleum, said: “Alpha has significantly de-risked the Cheviot redevelopment under Shorelight’s stewardship and we thank them for their valuable partnership. We are excited that Alpha’s assets will become part of Waldorf’s impressive UK portfolio and look forward to further progressing the field development and unlocking value under Waldorf’s leadership.”

Erik Brodahl, Chief Executive of Waldorf Production, said: “We are delighted to be partnering with Andy and the Alpha team. Cheviot provides a valuable development opportunity to supplement our existing production portfolio which together with the additional gas production will increase our contribution to the UK’s much-needed energy security.”

Daniel Reis, Founding Partner of Shorelight Partners, said: “We are pleased to have supported Alpha and the progress of the Cheviot development, creating significant realizable value. This transaction represents an excellent outcome for all stakeholders. Shorelight will continue to focus on the vital transition of conventional energy assets into the low carbon future, such as our existing German business ONEO, as well as exciting new investments in key energy transition assets over the course of the coming year.”