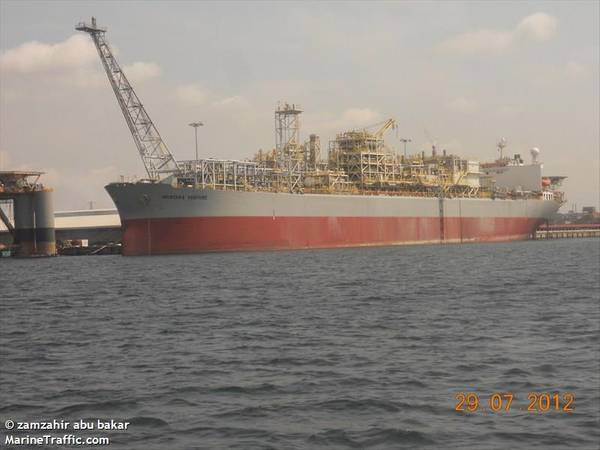 Asia Pacific-focused oil and gas company Jadestone Energy has resumed production from its Montara Venture FPSO in Australia, following a recent halt due to an oil leakdue to a 30 mm tank crack.

Jadestone in June said that oil had spilled at Montara field offshore Australia, during crude oil transfer between two crude oil tanks onboard the  FPSO, forcing the company to shut down production from the offshore oil field. The incident happened on June 17.

In a statement on Monday, Jadestone said that following a temporary repair of the leak point in the 2C tank and its complete isolation from the production system, production was safely reinstated on July 3, 2022.

"The oil that was contained within the 2C crude oil storage tank has now been pumped to other tanks on the vessel so that there is no threat to the environment.  A permanent repair of the 2C tank is being advanced, with work expected to start within the next several days.  At the same time, Jadestone will begin to execute full inspection and remediation on the 2C oil tank, which was originally planned for July 2022, as part of the company’s rolling tank inspection and repair program," Jadestone said.

Paul Blakeley, President and CEO commented:“The restart of production at Montara is significantly ahead of our initial four-week assumption, and underscores both the integrity of the FPSO following our remediation campaign in recent years as well as our response to [Australian oil and gas regulator] NOPSEMA’s direction to ensure the risk to the environment is as low as reasonably possible."

"Our teams, both onshore and offshore, have worked tirelessly to secure the vessel’s integrity and to design and implement detailed solutions which satisfy the regulator, and I thank them for their efforts.  I am also grateful to NOPSEMA for its constructive and balanced approach as we have worked to restore safe operations at Montara. We will ensure that the lessons learned from this event are incorporated into the future operating strategy for the Montara Venture FPSO, which aims to deliver a prolonged safe operating life for the vessel in years to come.”

Jadestone bought the Montara field from Thailand's PTTEP in 2018.