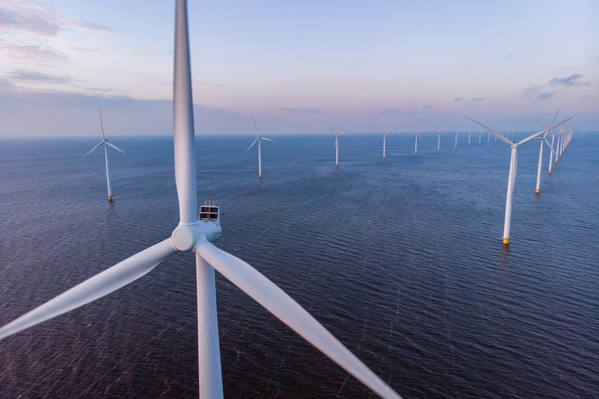 The proposed 500 MW Vung Tau offshore windfarm, located 23-35km from the coast, could be among the first large-scale offshore wind projects to be built in Vietnam, once licences and approvals are obtained.

Once constructed, the fixed-bottom project could produce around 1,250 GWh of clean electricity and avoid more than 600,000 tonnes of carbon emissions a year, according to an analysis by the Green Investment Group.

“The team in Hanoi has been examining opportunities across the country for many years. We are looking at a number of potential projects and partnerships, demonstrating Corio’s commitment towards offshore wind in Vietnam.”

Last week, Corio also announced five offshore wind projects totalling more than 5 GW in early-stage development off Brazil. Corio intends to develop five projects in Brazil, subject to finalisation of documentation and regulatory approvals, alongside leading Brazilian power generation company Servtec, which has been in the renewables sector for more than 20 years and played a major role in the establishment of the country’s onshore wind industry.

Corio and Servtec are aiming to apply for leases for the five fixed-bottom projects in the country’s north-eastern, south-eastern and southern maritime areas, ranging from about 500 MW to over 1.2 GW in installed capacity. The companies have been working together for more than 18 months to analyse opportunities in the Brazilian market.

Their joint analysis of the country’s marine areas and environmental and technical considerations led them to select these five sites to take forward into development. Jonathan Cole, CEO of Corio Generation said: “Brazil is blessed with immense wind resources along its coastline, offering a vital new source of clean, affordable and reliable energy. We see huge opportunity for harnessing Brazil’s ocean wind energy, bringing economic investment and green jobs to the country.”

“This is an historic day for Corio, marking our company’s entry into the Americas. As a specialist developer of offshore wind energy, with strong industrial expertise and deep access to long-term capital, Corio is delighted to partner with Servtec, one of the most respected renewable generation developers in Brazil.” "With favourable wind speeds along its vast coastline, Brazil is seen as a major new growth market for offshore wind. Factors driving demand include the need to identify new sources of low-cost renewable energy, as well as rising electricity demand in heavily populated coastal areas," Corio said.

Lauro Fiuza Neto, Managing Partner at Servtec Energia said: “It is an honour for Servtec to join forces with Corio to support offshore wind power in Brazil. As a long-standing player in the renewable power industry, we’ve led efforts to build what is now a 22 GW onshore wind power market. We are excited to again embark on a journey to create a complementary source of clean energy for Brazil towards the low-carbon economy of the future.”