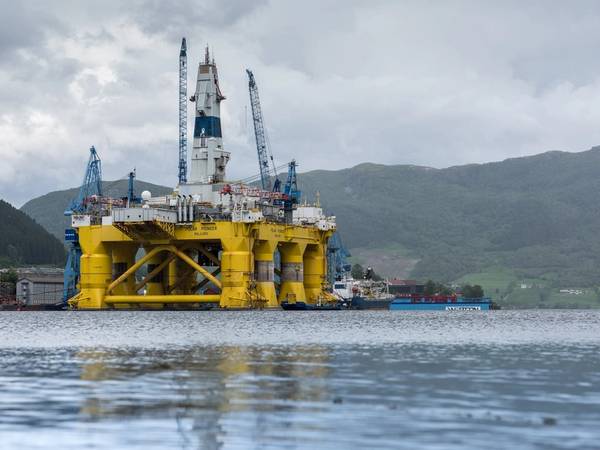 Norway's minority government will remove three Arctic oil exploration blocks from its licensing round as part of a deal with the opposition to secure backing for its 2022 budget.

The Norwegian oil industry lobby said it was disappointed by the move to stop oil companies drilling in the three Barents Sea offshore blocks at a time when Europe is seeking new supplies to wean itself off Russian fuel imports.

The Socialist Left opposition demanded the blocks be removed from the APA licensing round as a condition for supporting the budget presented by Norway's minority center-left government, lawmakers said.

A Socialist Left lawmaker said the government would no longer present a proposal for exploring the blocks to parliament, which had in the past approved such proposals.

Waters close to the ice sheet are important feeding grounds for Arctic species, from zooplankton to polar bears and whales.

"We are disappointed that blocks are being withdrawn from the next APA round," the Norwegian Oil and Gas Association, an industry lobby, said in a tweet after the deal was announced.

Norway, Europe's second-largest oil and gas producer behind Russia, is playing a major role in helping the European Union shift away from reliance on Russian fuel after Moscow's invasion of Ukraine.

"We are in the middle of an energy crisis where Europe is trying to get rid of all Russian gas. The EU is also asking Norway to deliver as much gas as possible," the lobby said.

The three blocks had yet to be awarded to any oil companies and no drilling had been planned till now.