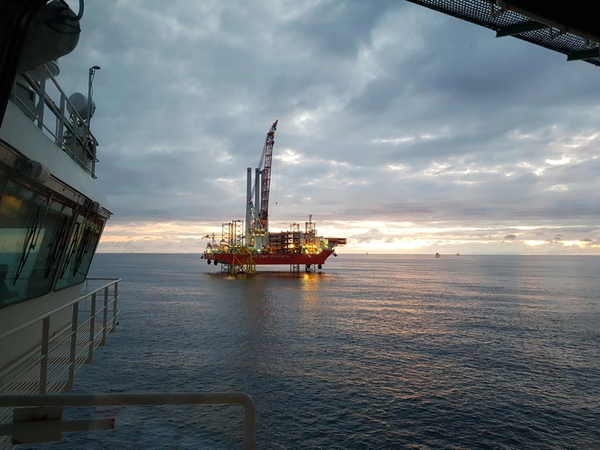 The contract is included in FOWIC’s disclosed total backlog with a value of approximately 355 million euros (around $372,7 million).

The Blue Tern will support the jacket installation campaign at the 450MW wind farm by conducting drilling and possibly piling works.

In early May of 2022, Saipem started mobilization work on the Blue Tern in Esbjerg. After this, the jack-up unit will transit to Blyth to start the work on NnG.

Back in late February, Blue Tern left Fayard in Denmark, where it underwent upgrade work, and then went straight on to the Kaskasi project off the coast of the German island Helgoland.

A spokesperson for NnG said: “We are delighted to have FOWIC and the Blue Tern engaged in what will be an exciting phase in the development of NnG. The Blue Tern is a fantastic asset, and we look forward to seeing her utilized in support of the jacket installation works.”

Fred. Olsen Windcarrier said: “We are pleased to have been awarded the extra work on NnG and we look forward to working with them to safely deliver on this project."

Neart na Gaoithe is located off the east coast of Scotland, 15.5 km off the Fife coast, and covers an area of approximately 105 km2.