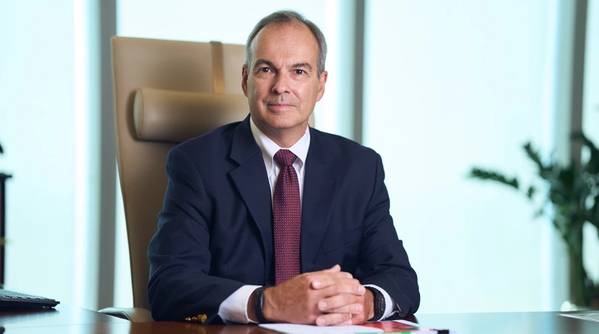 Bahrain's state oil firm nogaholding is in final talks to appoint a strategy consultant and financial adviser, its chief executive said on Monday, as the indebted country seeks to capitalize on high energy prices and sell or lease out assets.

The aim is to develop an energy strategy within six months and an asset monetization program as soon as next year, he said.

"Junk"-rated Bahrain, a small non-OPEC oil producer, is one of the most indebted countries in the region. Gulf allies helped it avert a credit crunch in 2018 with a $10 billion aid package. Ratings agencies Fitch and Moody's have said it would likely need more financing from Gulf neighbors.

"The independent financial adviser will be looking at asset monetization, our debt and our structure of our debt, looking at opportunities where we can use alternative forms of financing like sustainability-linked loans," Thomas said.

The adviser will also help nogaholding with a possible national hedging strategy, in coordination with the finance ministry, to protect on the downside and unlock any upside, he added.

"We've got very attractive oil prices right now. We generally run a budget, a national budget, at an oil figure of $60-$65" per barrel to break even, he said. International oil prices are above $110 a barrel. LCOc1

The strategy consultant, for which an RFP was issued in December, is expected to complete early in the fourth quarter a national energy strategy, a nogaholding operating strategy and a carbon strategy aligned with Bahrain's goal of net zero emissions by 2060.

That included lease and leaseback agreements and initial public offerings of subsidiaries. Bahrain could list one or more of its operating companies, which include oil exploration company Bapco, Thomas said.

A previously issued RFP to monetize a pipeline between Saudi Arabia and Bahrain was abandoned as debt tied to the deal would have likely impacted nogaholding's rating, Thomas said.

"When we look at the relevant debt that we take on, it doesn't help our balance sheet at all. It is instant cash, but we don't really need the cash right now," he said.

Nogaholding wants to reduce its debt, Thomas said, although it may raise more should new projects require it. It may also refinance existing debt.

A large, offshore unconventional field that Bahrain has discovered is currently too expensive to drill, but nogaholding is exploring using Aramco's expertise in unconventional onshore fields.

He also said early discussions are being held with Gulf neighbors to potentially partner on solar power due to a lack of physical space in Bahrain, an island that is roughly 765 square kilometers (295 square miles).