Inside Trade: From Energy to Food, China-Russia Trade has Surged in Recent Years 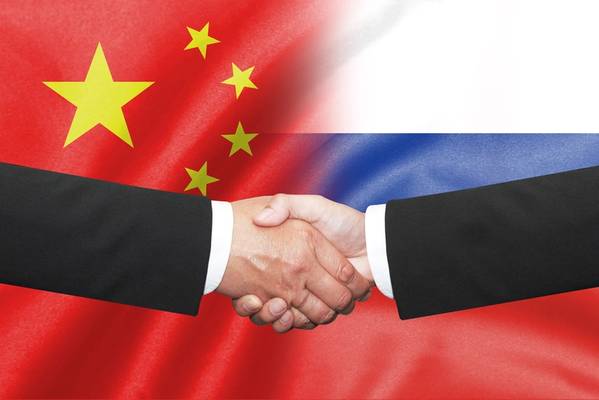 China and Russia have grown increasingly close in recent years, including as trading partners, a relationship that brings both opportunities and risks as Russia reels from tough new sanctions led by the West in response to its invasion of Ukraine.

Total trade between China and Russia jumped 35.9% last year to a record $146.9 billion, according to Chinese customs data, with Russia serving as a major source of oil, gas, coal and agriculture commodities, running a trade surplus with China.

Since sanctions were imposed in 2014 after Russia annexed Ukraine's Crimea, bilateral trade has expanded by more than 50% and China has become Russia's biggest export destination.

The two were aiming to boost total trade to $200 billion by 2024, but according to a new target unveiled last month during Russian President Vladimir Putin's visit to Beijing for the Winter Olympics, the two sides want bilateral trade to grow to $250 billion.

As sanctions against Russia mount, China could offset some of its neighbour's pain by buying more, but would also be wary of running foul itself of potential sanctions.

Below are key areas of trade cooperation between China and Russia.

Exports of Russian oil and gas to China have steadily increased. Russia is China's second-biggest oil supplier after Saudi Arabia, with volumes averaging 1.59 million barrels per day last year, or 15.5% of Chinese imports.

Russia is also Beijing's No. 3 gas supplier, exporting 16.5 billion cubic metres (bcm) of the fuel to China in 2021, meeting about 5% of Chinese demand.

Russia aims to build a second gas pipeline, Power of Siberia 2, with capacity for 50 bcm a year to run via Mongolia to China. Russia was also China's No. 2 coal supplier in 2021. Last month, Putin unveiled new Russian oil and gas deals with China worth an estimated $117.5 billion.

Russia's food trade with China is small but expanding. In 2019, China allowed the import of soybeans from all regions of Russia, and the two countries signed a deal to deepen cooperation in soybean supply chains, which saw more Chinese firms growing the beans in Russia.

Soybean exports to China stood at 543,058 tonnes last year and are expected to reach 3.7 million tonnes by 2024. In 2021, China approved beef imports from Russia, while last Friday, it allowed imports of wheat from all regions of Russia.

Other food exports from Russia to China include fish, sunflower oil, rapeseed oil, poultry, wheat flour and chocolate. China is also a huge buyer of timber from Russia's Far East, with imports of timber and related products worth $4.1 billion last year.

In the other direction, China sells mechanical products, machinery and transport equipment, mobile phones, cars and consumer products to Russia. Chinese exports to Russia stood at $67.6 billion last year, up 34%.

Western sanctions have forced Russia to look toward China for investment opportunities in recent years, and Chinese state banks have helped Russia finance everything from infrastructure to oil and gas projects under China's Belt and Road Initiative.

Russia is by far Beijing's largest recipient of state sector financing, securing 107 loans and export credits worth $125 billion from Chinese state institutions between 2000 and 2017, data from the College of William and Mary's AidData research lab showed.

China and Russia began using their own currencies to settle bilateral trade in 2010 and opened their first currency swap line in 2014, which they renewed in 2020 for 150 billion yuan over three years.

Yuan settlements accounted for 28% of Chinese exports to Russia in the first half of 2021, compared with just 2% in 2013, as both countries seek to ease reliance on the dollar while developing their own respective cross-border payment systems.

The Chinese currency accounted for 13.1% of the Russian central bank's foreign currency reserves in June 2021, compared with just 0.1% in June 2017, with Moscow's dollar holdings dropping to 16.4% from 46.3% in the same period.