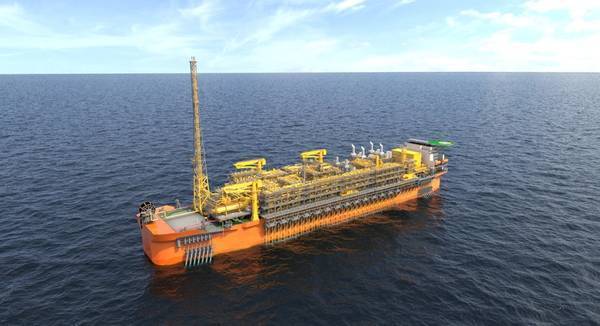 Dutch FPSO leasing company SBM Offshore has agreed to sell down a 45% stake in the FPSO Almirante Tamandaré, one of the world's largest FPSOs, being built for Brazil's Petrobras.

"SBM Offshore is pleased to announce that it has entered into a shareholder agreement with its long standing business partners Mitsubishi Corporation (MC) and Nippon Yusen Kabushiki Kaisha (NYK)," the Dutch FPSO specialist said Tuesday.

Mitsubishi and NYK have acquired a respective 25% and 20% ownership interest in the special purpose companies related to the lease and operation of the FPSO Almirante Tamandaré. SBM Offshore is the operator and will remain the majority shareholder with 55% ownership interest. No financial details were disclosed.

The FPSO Almirante Tamandaré will be deployed at the Búzios field in the Santos Basin approximately 180 kilometers offshore Rio de Janeiro in Brazil. Delivery of the FPSO is expected in the second half of 2024.

Under the Fast4Ward program, SBM Offshore usually orders an FPSO hull without a firm contract in hand, so that, when a contract is secured, the FPSO delivery time is shorter. The hull that has been allocated for the FPSO Almirante Tamandaré was ordered in China in December 2019.

Once delivered, the FPSO Almirante Tamandaré will have a water injection capacity of 250,000 barrels per day and a minimum storage capacity of 1.4 million barrels of crude oil.

The FPSO will be the sixth unit of the definitive system to be installed in the Búzios field. The project foresees the interconnection of 15 wells to the FPSO, being 6 oil producers, 6 water and gas injectors, 1 gas injector and 2 convertible wells, through a subsea infrastructure composed of rigid production and injection pipelines and flexible service pipelines.

First oil is expected in the second half of 2024. Petrobras is operating the Búzios field in partnership with CNODC and CNOOC.