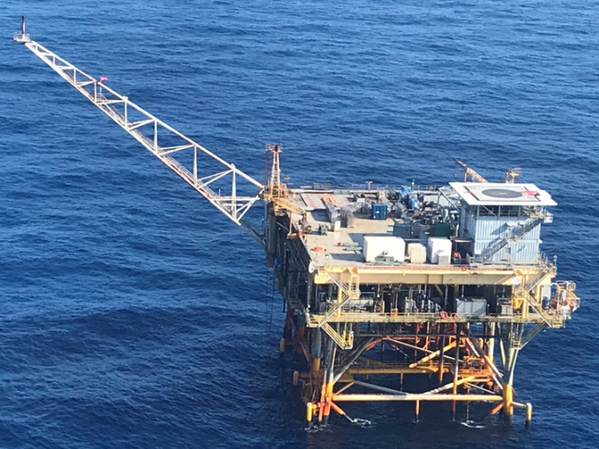 The Bureau of Safety and Environmental Enforcement (BSEE) has released an investigation report into an incident that saw a rigger fall to his death through the grating aboard Fieldwood Energy's oil platform offshore Louisiana in May 2020.

The incident happened aboard Ewing Bank, Block 826, Platform “A” platform, approximately 60 miles south of the Louisiana coast, in the Gulf of Mexico, on May 16, 2020.

The worker was an employee of Fluid Crane and Construction Inc, a company contracted by Fieldwood to replace grating on the casing deck
of the platform.

The incident happened on the morning of May 16, 2020, and below is a sequence of events that happened before the fatal moment:

As reported by the BSEE panel:

"Fieldwood conducted its own audit of the platform in December 2019. To address the findings, the casing deck was placed out of service until all of the grating could be replaced. Hard barricades placed at both stairways were used to access the deck. On the day of the incident, personnel on the platform gathered for the morning safety meeting at approximately 6:00 a.m. to discuss the day’s jobs. The construction crew planned to complete the previous day’s job of repairing grating on the casing deck, which had been delayed due to weather issues. The Job Safety Analysis (JSA) that the construction crew discussed during this meeting copied the job steps used from the previous day’s grating repair JSA.

"At approximately 6:30 a.m., the safety meeting concluded, and the construction crew proceeded to the casing deck to begin the process of changing the grating. The construction crew for this task consisted of a fitter, a welder, two riggers (one of whom was the victim), and a scaffolding builder who acted as a fire watch.

"When the fitter, the welder, and two riggers entered the barricaded casing deck, they began staging the tools needed to prepare the old grating for removal: a torch, chipping gun, hammers, metal saw, etc. Crew members said during interviews that they had previously staged their fall protection equipment, but did not put it on, even though they discussed utilizing fall arrest systems during the morning safety meeting. The fitter directed the welder to begin “ripping” the old grating (the process of cutting the grating along its length) while he set up hoses for the torch. The Person-in-Charge (PIC) and construction manager then summoned the rigger and victim to the fuel gas scrubber on the production deck to tighten a hammer union. During their absence, the welder continued ripping the area where the victim was previously working.

At approximately 7:30 a.m., after the rigger and victim returned to the casing deck, again without donning their fall protection, the section of grating on which the victim stood parted. The fire watch witnessed the victim partially fall through the grating, and attempted to alert personnel on the casing deck, to no avail. The fire watch then left his post to alert all personnel on the platform about the incident via the GAI-Tronics intercom. By the time the fire watch made the announcement, the victim had fallen approximately 50 feet to the +10 deck."

"Following the announcement, personnel initiated the fall response plan. A medic from another platform arrived at EW 826 A, where he found the victim without a pulse, unresponsive, and with no detectable signs consistent with life. An Era Search and Rescue flight then transported the victim to Houma, Louisiana." 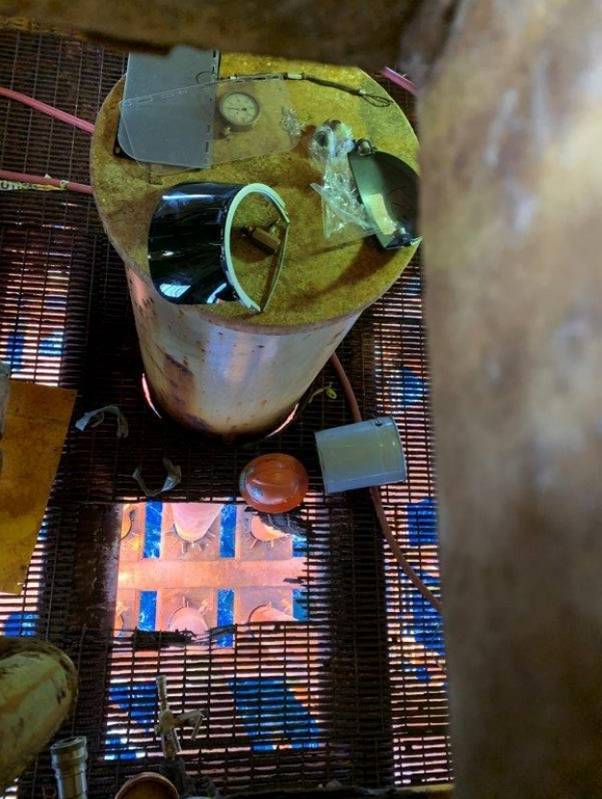 Credit: Hole through which the victim fell - Credit: BSEE

BSEE said its panel had identified several probable causes of the incident:

· Fieldwood failed to maintain all walking surfaces on the facility in a safe condition.
· Fieldwood failed to ensure that FCC’s Safe Work Practices (SWPs) met or exceeded their own SWPs.
· Supervisors failed to fulfill their intended responsibilities within the relevant, established SWPs.
· Personnel performing the job failed to adhere to the requirements of the JSA.

· The JSA process was not controlled.
· Construction crew members followed the instructions of personnel who were not in a position of authority.
· Complacency at the job site allowed for unnecessary risk exposure.
· The fire watch either did not have or did not use a personal communication radio to convey to the construction crew and other platform personnel that the victim was in danger in a timely manner.

The safety regulator also provided a list of some of the key recommendations identified as a result of the investigative findings into the incident:

· All facility walking and working surfaces should be regularly inspected and maintained to ensure they are in a safe condition.
· Operators must perform an internal review of their contractors’ Safety and Environmental Management System (SEMS) programs to suitably and adequately identify gaps in a bridging agreement. Responsibilities must be clearly assigned. These bridging agreements should be periodically reviewed to ensure continued effectiveness.
· Supervisors should be trained, skilled, and knowledgeable in their assigned duties and responsibilities. They should take an active role in task planning, hazard analysis, and supervision of work.
· JSA training should be refreshed on a periodic basis.
· A clear delegation of authority should be communicated to all personnel.
· Construction crews should be trained on the dangers of compromised grating and the hazards associated with ripped grating.
· Clear signage conveying fall protection requirements should be posted on or near barricades, where necessary.
· Consider entry logs, maintained by a fire (or hole) watch or job site supervisor, that document when specific personnel enter and/or exit barricaded areas.
· Fire (and hole) watches should have personal communication radios for contact with their assigned crew. Also, consider in-ear hearing protection, with radio hookup capability, so that construction personnel in loud environments can be alerted to dynamic situations.
· Personnel should exercise Stop Work Authority (SWA) immediately upon notice that proper Personal Protective Equipment (PPE) is not in use and the job is unsafe.