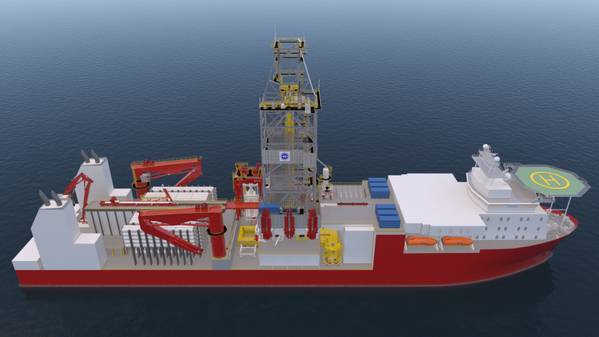 The system will comprise of a blowout preventer (BOP) stack, including the new SeaONYX V.2 control system, a SeaPrime Pod control system, PR2 H4 Connectors, as well as an 8,202 ft. (2,500 meters) riser package.

The total contract value is about $77 million and follows up on the contract awarded by GMGS to HMH's subsidiary entity MHWirth AS on September 2, 2021, for the delivery of a topside drilling equipment package worth approximately $83 million.

The combined scope of these contracts will be installed onboard a drillship operated by GMGS with an expected delivery date around December 2023.

Pete Miller, Chairman and CEO of HMH stated “This project is the first major contract awarded to HMH since the creation of the new company in October and marks an important milestone for HMH.  We were awarded these contracts through the combined efforts of employees across the company.   This confirms the strategic nature of the merger and shows what our dedicated employees can accomplish together.  We would also like to thank GMGS for putting their trust in us and look forward to working with them in the years ahead.”

HMH was created in October through a merger of Baker Hughes’ Subsea Drilling Systems (SDS) business with Akastor’s subsidiary, MHWirth.