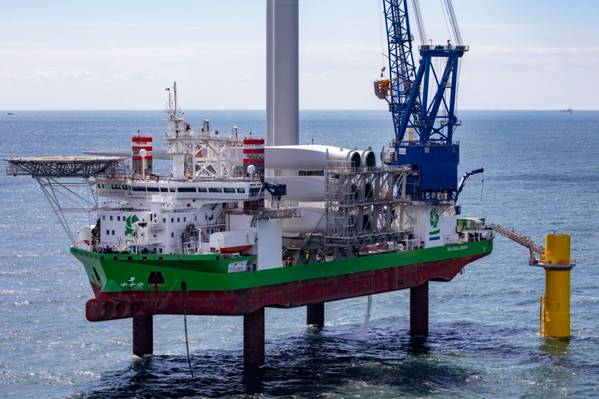 Also, Deme Offshore said it would, as a further vote of confidence in the Japanese market, relocate its DP2 jack-up installation vessel ‘Sea Challenger’ to Japan. The vessel will be brought under the Japanese flag.

According to the owner, Sea Challenger is set to undergo a major upgrade, preparing it for the first round of offshore wind farm projects in Japan expected to start in 2025.

" [Japan Offshore Marine's] investments in new technology will ensure the company is ready for the future and to become an offshore wind industry leader in the Japanese market," Deme Offshore said.

Takuzo Shimizu, CEO Penta-Ocean Construction, said: “We are delighted to have established a joint venture company in Japan with DEME Offshore, a leading company in the field of offshore wind construction in Europe. We are confident that through [Japan Offshore Marine] we will be able to combine our extensive experience and expertise in offshore wind construction and marine civil engineering, to lead the growing offshore wind farm construction market in Japan. [Japan Offshore Marine's] new challenge begins with overcoming Japan's challenging natural conditions such as harsh metocean conditions, earthquakes, and complex soil conditions.”

Japan plans to have 10GW of installed offshore wind capacity by 2030 and 30-45GW by 2040. The targets are supported by a commitment to run regular offshore wind auctions for support

Luc Vandenbulcke, CEO of DEME Group, said: “We are thrilled to have established a local Japanese company together with our partner Penta-Ocean Construction.  [Japan Offshore Marine] will combine both partners' strengths and will be well-equipped with its own state-of-the-art and future-proof installation vessel. Both partners bring their drilling and offshore expertise to  [Japan Offshore Marine]. Japanese projects will be marked by complex seabed conditions, which means that drilling expertise will be vital for becoming successful in Japan. We are very excited to be able to make a significant contribution to the long-term development of the offshore wind sector and to help Japan fulfill its ambitions.”