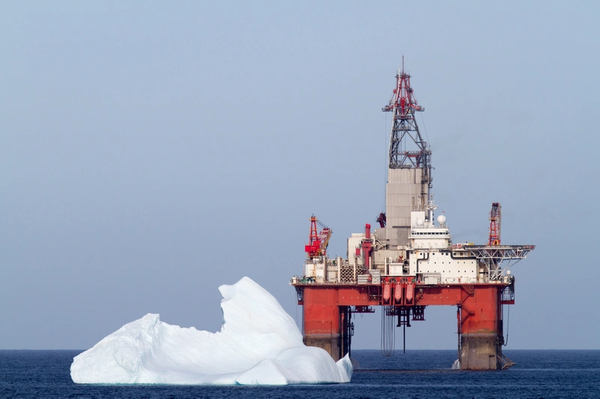 Illustration: A drilling rig in the Arctic - Credit: ggw/AdobeStock

Norway's top court began to hear arguments on Wednesday on the legality of awarding offshore oil licenses in the Arctic, in a landmark case that could stop the industry's expansion.

The lawsuit, led by environmental groups Greenpeace Norway and Nature and Youth, is part of an emerging branch of law worldwide where plaintiffs seek to use a nation's founding principles to make the case for curbing emissions.

"The Constitution says that everyone has a right to healthy environment, and we will not secure it if we continue to drill for more oil," Frode Pleym, head of Greenpeace Norway, told Reuters. "We do hope and expect the supreme court to rule in (our) favor."

Two lower courts, however, have found the government's 2016 decision to award 10 licenses to oil firms, including Equinor, in the Barents Sea to be legal.

"The decision was made after thorough professional, administrative and political processes, which were fully in line with Norwegian law and the constitution," Norway's Attorney General Fredrik Sejersted, who represents the government, said in his submission to the top court.

The oil and gas industry, which made Norway one of the richest countries in the world, is also the largest emitter of carbon dioxide (CO2) which causes dangerous climate warming.

Pleym said the country will not be able to meet its pledge under the 2015 Paris Agreement, if it continues to drill for more oil.

"While this case is specifically about the 10 licenses, we do hope that the court's decision to rule them in breach of the constitution could lead to different political course (on oil exploration)," he added.

In a sign of the case's importance, all members of the Supreme Court, bar three who are deemed to have conflicts of interest, will hear arguments until Nov. 12.