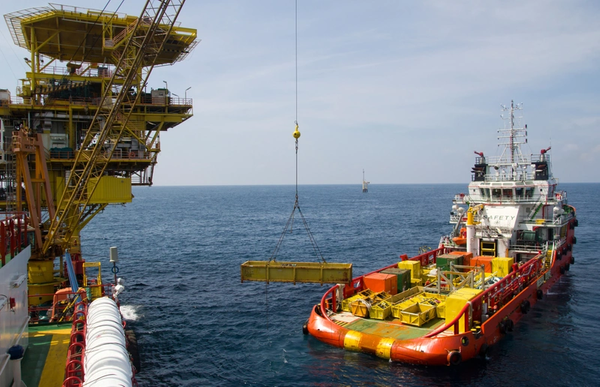 That Bozhong 19-6 condensate gas field pilot area development is located in the central Bohai with an average water depth of approximately 23 meters.

According to the Chinese oil giant, a new wellhead platform has been built and will utilize the existing processing facilities of Bozhong 13-1 oilfield. CNOOC said that eight development wells were planned, including seven production wells and one water source well.

The offshore project is expected to reach peak production of approximately 35.32 million cubic feet of natural gas and 5,720 barrels of condensate oil per day by the end of 2020. CNOOC is the operator of the project with a 100% working interest in Bozhong 19-6 condensate gas field pilot area development project.

Wang Dongjin, the CNOOC chairman said the start-up of production from the Bozhong 19-6 has laid a solid foundation for the overall development later on. He said the project would provide low-carbon and safe energy for Bohai Rim Region.

Separately, the company announced operational update for the third quarter of 2020, in which reported it had achieved a total net production of 131.2 million barrels of oil equivalent ("BOE"), of 5.1% year-over-year.

Production from China increased by 10.4% YoY to 88.6 million BOE, mainly attributable to the start-up of new projects such as Luda 21-2/ Luda 16-3 regional development project and Dongfang 13-2 gas fields development project. Production from overseas decreased by 4.6% YoY to 42.6 million BOE, mainly due to the reduced production of the Egina project in Nigeria and Long Lake oil sands project in Canada under low oil prices, CNOOC said.

While production rose, the average realized oil price decreased by 29.3% YoY to US$43.03 per barrel, "in line with international oil price trends," CNOOC said.