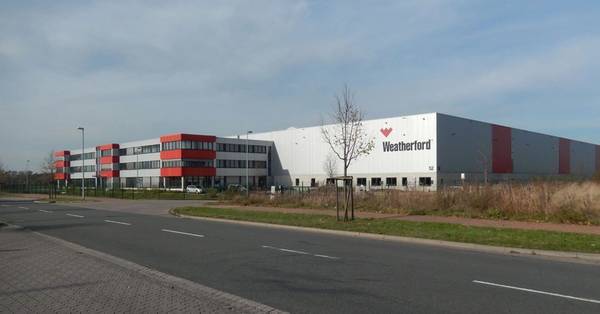 Image by Gerd Fahrenhorst/Wikimedia - Shared under CC BY 3.0 license

He will replace the interim CEO Karl Blanchard who took the role after the previous CEO Mark A. McCollum left the company in June. Blanchard will resume his role as Executive Vice President and Chief Operating Officer.

The U.S. based oilfield services giant said Saligram would also serve as a member of the company's Board of Directors.

Saligram currently serves as Chief Operating Officer at Houston-based gas processing firm Exterran Corporation, a company he joined in 2016, after 20 years with GE. He will leave Exterran on September 25.

Commenting on the new CEO appointment, Charles M. Sledge, Weatherford's Chairman of the Board of Directors, said: "We are delighted to welcome Girish as our new CEO and member of our Board. Girish is a seasoned leader with extensive international experience across multiple industries as well as a deep understanding of the oil and gas sector and is well-positioned to lead Weatherford into the future.

"For more than 25 years, Girish has dedicated his career to uniting technology innovation and operational excellence to deliver exceptional results that have advanced the growth strategies for some of the world's leading companies. We are confident that Girish possesses the leadership qualities, business expertise and fresh perspective that will continue to strengthen the organization and deliver long-term value for all of our shareholders," Sledge said.

Saligram, commented, "I am honored for the opportunity to lead Weatherford and am eager to work alongside the Board, management team and global workforce. Weatherford is a recognized industry leader for its comprehensive technology portfolio, broad global footprint, extraordinary culture and strong customer relationships. I believe these elements serve as a solid foundation for the Company to build upon. I look forward to leading Weatherford as we deliver against our strategic objectives and create our next phase of growth and market leadership."

In December 2019, Weatherford announced that it had completed its financial restructuring and emerged from chapter 11 bankrupcty. The company said at the time it had emerged with a stronger financial foundation having reduced approximately $6.2 billion of outstanding funded debt, secured $2.6 billion in exit financing facilities, including a $450 million revolving credit facility, secured a $195 million letter of credit facility, and secured over $900 million of liquidity.